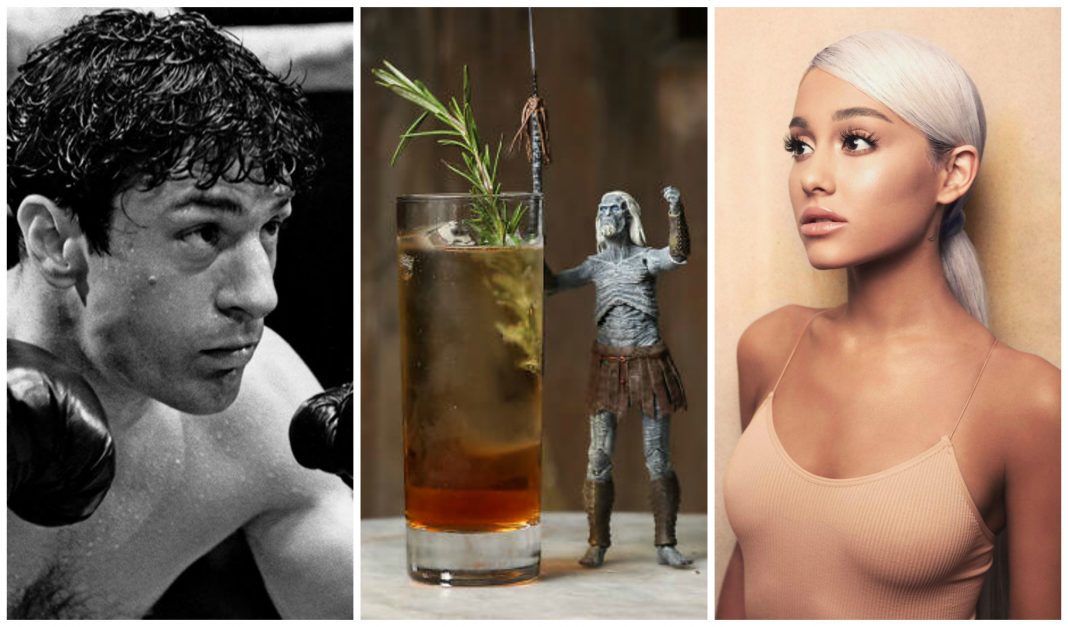 An Evening with Moby

Musician, restaurant owner, and celebrity vegan Moby recently released a second volume of his memoirs (read an exclusive excerpt here), Then It Fell Apart. He discusses the book at the Aratani Theater downtown on the 20th anniversary of his landmark album, Play.

Some fans couldn’t catch Ariana Grande at Coachella, and she wasn’t going to leave them hanging. The “Thank U, Next” songstress plays tonight at the Staples Center. Additional shows take place May 7 at Staples and May 10 at the Forum.

A Feast of Thrones at Big Bar

If you’re serious about your GoT fandom, this is for you. Settle in for a five-course meal of dishes inspired by the HBO juggernaut, paired with wines and official Game of Thrones Scotch whisky.

Raging Bull: An Evening with Irwin Winkler and Ryan Coogler

LACMA hosts a free screening of Raging Bull, with a pre-show conversation between Ryan Coogler and Irwin Winkler. Winkler produced the film, along with The Right Stuff, the Rocky series, and other blockbusters; Coogler is the director of Creed, Black Panther, and Fruitvale Station.

Mixtape #46: Comedy at the Virgil