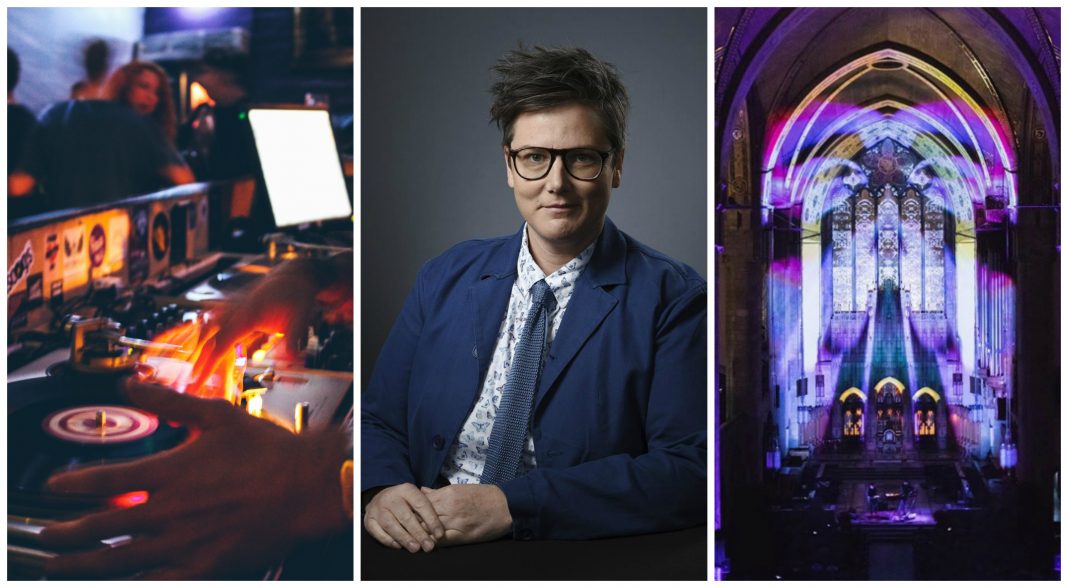 It’s Monday again, but don’t let that get you down. A new week means a new opportunity to enjoy all the music, film, and other fun things to do in Los Angeles.

Start your week on a dreamy note, when Gold-Diggers turns the DJ booth over to Simon Scott–experimental composer, drummer of beloved shoegaze band Slowdive, and creator of ambient electronic music. Attending the set is free, but an online RSVP is encouraged.

An Evening of Poetry with Morgan Parker and Nicole Sealey

Morgan Parker and Nicole Sealey are among the best-known voices in contemporary poetry, so to get the chance to see them share a stage and hear them talk about their work is sure to be a special night. Parker will read from Magical Negro, and Sealey from Ordinary Beast at the Scripps College Balch Auditorium.

Not actually retired from comedy after Nanette, after all, Hannah Gadsby performs an impressive run of 11 shows at the intimate Dynasty Typewriter in Westlake. As the name implies, you’ll see her working out the details of some new material as she warms up for a large-venue tour to follow.

Break out the black eyeliner, because Peter Murphy is in town to celebrate four decades of his seminal post-punk outfit Bauhaus. For this show at The Novo, he’ll be joined by Bauhaus bassist David J, playing the entirety of the band’s debut album, In the Flat Field, followed by career-spanning set of greatest hits.

Ambient Church Presents William Basinski, “On Time Out of Time”