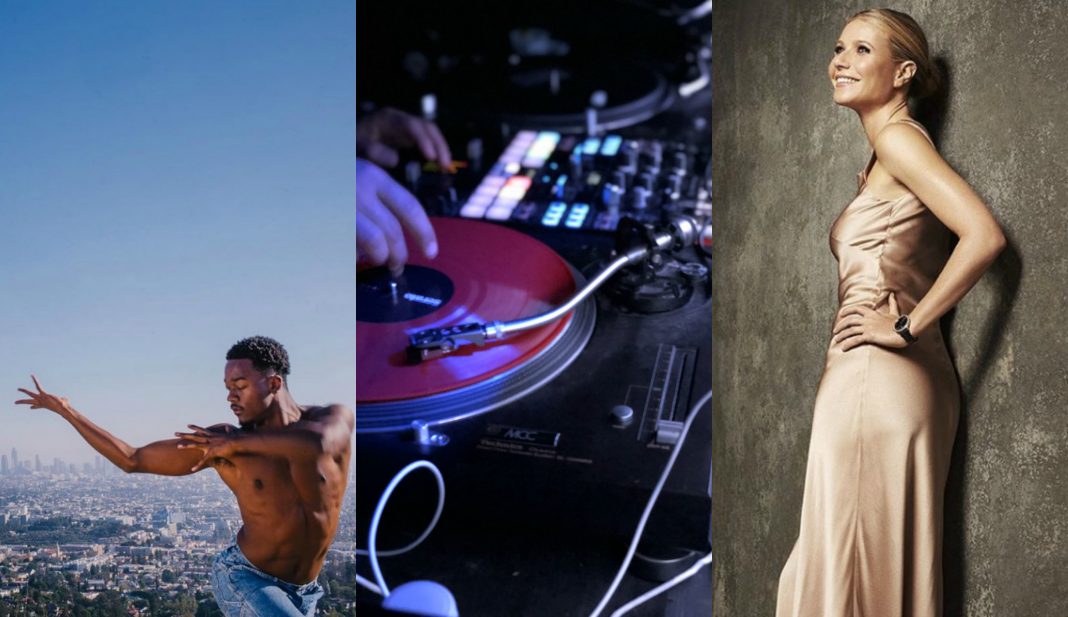 The new year is here and it’s already shaping up to be full of music, theater, film, and other amazing things to do and see around Los Angeles. Here are a few of our top picks for the week ahead.

The queen of all things goopy is back with a new book, The Clean Plate. The cookbook highlights her recipes for simple, “clean” foods like turkey meatball pho and chocolate chia pudding. She’ll be sharing the book with her devoted followers (and curious gawkers) at Barnes & Noble at the Grove.

Benjamin Millepied’s L.A. Dance Project debuts its newest work, I Fall, I Flow, I Melt, at 2245. This work continues Millepied’s explorations of the music of Johann Sebastian Bach; the 12 dancers on stage are accompanied by violinist Etienne Gara of L.A.’s Delirium Musicum.

An Evening with Steven Pinker

Influential cognitive scientist and author Steven Pinker comes to the Artani Theater in Little Tokyo for a discussion of his new book, Enlightenment Now: The Case for Reason, Science, Humanism, and Progress. Hear him talk about “corrosive fatalism” that threatens liberal democracy, and what he thinks can be done to change the direction.

“Why Ruscha?” Lecture and Film Screenings

You may know Ed Ruscha is one of L.A.’s iconic artists, but this lecture and film screening series at USC wants to give you a little more insight into why. The screening series, running all week, features two rarely shown films by Ruscha. For deeper context, on the 16th, Mark Shiel and Amy Murphy–members of the Getty Research Institute team that oversees Ruscha’s Streets of Los Angeles archive–will answer that simple (or is it?) question: Why Ruscha?

Comedian and podcaster Dax Shepard brings his show to life on stage at the Theatre at Ace Hotel. His guest for the night has yet to be announced, but recent episodes of the show have included Conan O’Brien, Ira Glass, and Sophia Bush.

Stop by the first of what’s set to be a monthly night of music, fashion, and art at the Mayfair Hotel. Tunes come courtesy of DJs Marcus the Artist, KG Superstar, and She’s Kevin, plus live performances by Introverted Funk and Dom Elias. Other local creatives will be showcasing work, proceeds benefit Good Enough Campaign, and entry is free.

The recently-reopened New Beverly Cinema is back to showing a packed program of cult classics and analog prints. Catch this midnight showing of 1997’s Jackie Brown, by the New Bev’s own proprietor, Quentin Tarantino.

Craft beer, live music, glass blowing. You know, the usual makings of a new hangout in DTLA. All three are key components of High Tide, which celebrates its grand opening today. The space is a passion project of three partners who come from backgrounds in hospitality and the art world; Flynn Helper is the resident curator and live glass-blower.