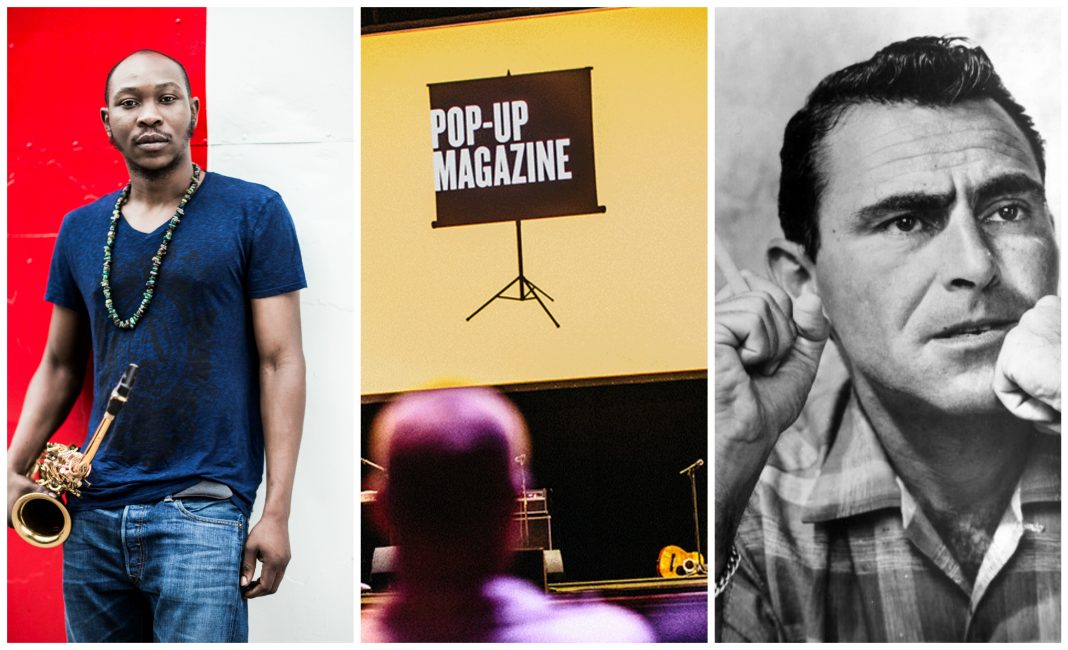 The New Year is here and it’s already shaping up to be full of music, theater, film, and other amazing things to do and see around Los Angeles. Here are a few of our top picks for the week ahead.

From 1969 to 1973, Rod Serling oversaw spooky TV series Night Gallery. Look back on the cult classic with this exhibit of art and artifacts, paintings, and behind the scenes details. Oh, and it’s all staged inside an actual mausoleum. The show continues through February 10.

Enjoy a three-course meal with a side of live music as Wild Honey Pie presents Henry Jamison at Checker Hall. Indie-folk singer-songwriter Jamison has been compared to Sufjan Stevens and Bon Iver. Your ticket includes dinner, drinks, and the concert, all in one.

The one-night-only “live magazine” returns with a new issue, featuring Will Butler of Arcade Fire, Jason Concepcion of The Ringer, Josie Duffy Rice of the New York Times, filmmaker Sam Green, and other intriguing storytellers .

Barker Hanger in Santa Monica becomes the epicenter of all things photography for January 31 to February 3. Explore selections from 65 different galleries, see the work of acclaimed and underground artists, and enjoy expert talks and programming.

Author Kevin Kwan is the mind behind Crazy Rich Asians, China Rich Girlfriend, and Rich People Problems. He comes to Scripps College for a conversation on the immigrant experience, writing, Hollywood, and his upcoming television project.

Dance the night away under the stars at Los Angeles State Historic Park with this lineup of Seun Kuti & Egpyt 80, Allah-Las, and Reverberation Radio. There will be live visual projections by Stranger Liquids to complete the mood.

“Night of Ideas” at the Natural History Museum

This nighttime event at NHM is part of the global “Night of Ideas” project. You’ll experience a soundbath by Jónsi of Sigur Rós, a show of vegan fashions, discussions on the future of cities, film screenings, and music.