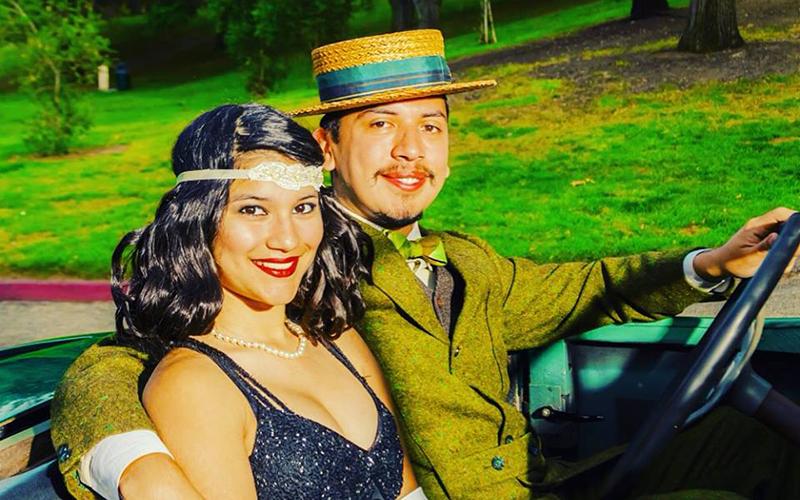 If anything is certain—besides death, taxes, and the fact that the ongoing Kanye/Taylor feud is an elaborately master-planned publicity stunt, of course—it’s that people love the ’20s. Ignoring, like, segregation and the KKK and stuff, you can argue that those were the years when America hit its peak—mostly because of the dancing. If you’re dubious, there’s a band of zealous ’20s-philes poised to prove you wrong.

The Roaring Twenties Street Jam kicks off on Saturday September 24 with a dance workshop by Jazz Age dance maestro Ksenia Parkhatskaya at the Fred Astaire Dance Studio in Pasadena. After four hours of instruction in the Charleston, Argentine Tango, Solo Jazz, and Early Swing, the festivities ramp up at the evening’s Speakeasy Bash. There’s burlesque, there’s music by the Grammy-nominated California Feetwarmers, there’s a best-dressed contest, and there’s more dancing.

Then, on Sunday, after a second four-hour session of dance lessons, a giant lawn party at the Griffith Park merry-go-round sustains the fervor with a picnic, croquet, lawn bowling, tons of music, a wine garden, and still more dancing. More dancing!

And THEN, if your quads haven’t given out from all that step-kick-step-down and you haven’t completely sweated through your vintage formalwear, it all culminates in one last hurrah, featuring a showdown between noted retro dance troupes the Satin Dollz and the LA Follies. Tickets for the events range from $10 for the lawn party to $150 for the two-day dance workshop.