Home Music A Disco Queen, a Catastrophic Earthquake, and a Broken Grammy Award 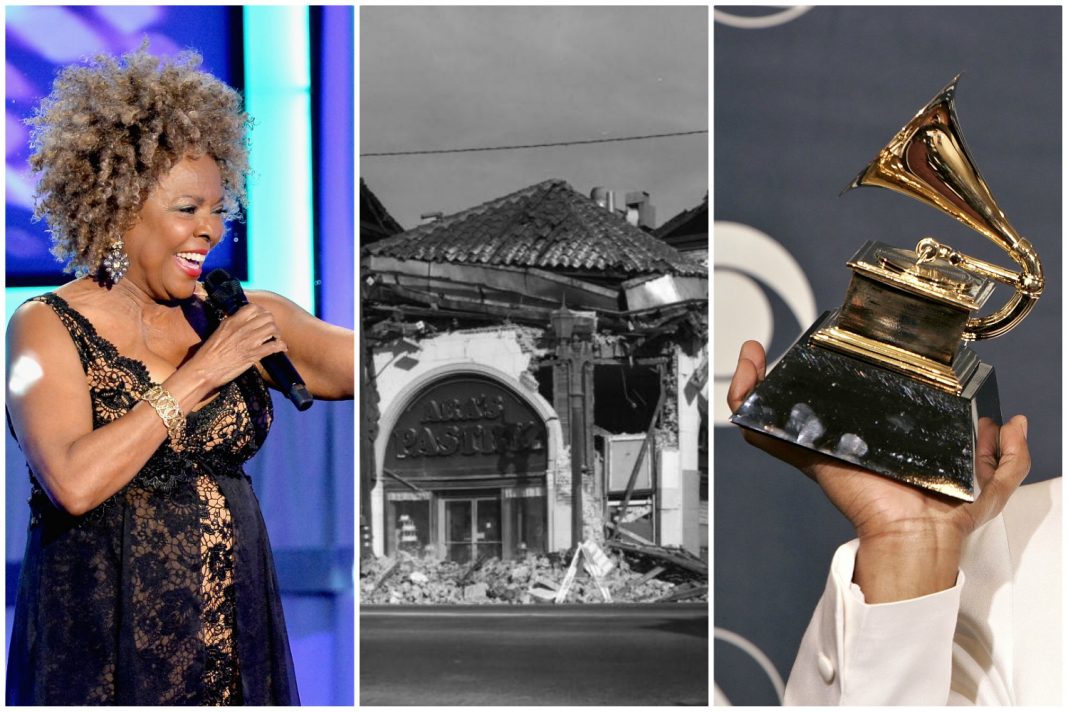 When the Northridge Earthquake hit in 1994, Thelma Houston’s Grammy didn’t withstand the shake. The statuette, which she won in 1978 for her disco-era hit “Don’t Leave Me This Way,” broke into three pieces—and Houston’s hung onto them for all these years.

“It was just something about having the original one,” Houston says over the phone. “I had been through so much with it. I felt that the vibe of it would somehow not be there with a new one, so I kept carrying it around in pieces.”

She adds, “Finally, someone said, really, you need to do something about this.”

Twenty-five years later, Houston will be receiving a replacement Grammy. It’s part of an event taking place at the Grammy Museum’s Clive Davis Theater on January 17, the anniversary of the city’s last major earthquake, that will also feature a live performance from Houston and a conversation with the award winner moderated by Scott Goldman.

Houston was already well into her career when she became a Grammy winner. Her debut full-length album, Sunshower, was released in 1969 and her first Grammy nomination came for her 1974 single “You’ve Been Doing Wrong for So Long.” But, “Don’t Leave Me This Way” was a special song that hit at just the right moment.

Originally recorded by Harold Melvin and the Blue Notes (with Teddy Pendergrass on vocals), the song was initially released it as an album track, not a single. Hal Davis, the late, famed producer, and Suzanne de Passe, the entertainment industry exec who was at Motown at the time, brought the song to Houston to record as a disco number.

Houston knew dance music. She often spent Thursday nights with her friends at Jewel’s Catch One, the now-legendary disco on Pico Boulevard in Arlington Heights. In fact, Houston recalls stopping by the club one afternoon and asking owner Jewel Thais-Williams if she could test out her pressing inside the venue. “She allowed me to play it in the dance room there and when we played it—oh my God—it was so good. It was a perfect dance song for those of us who were dancing at the clubs.”

That copy of the recording, though, was only designed to last for a few plays. “We played it so much that the needle was actually just sliding off the record after about 15 times or so,” she recalls. “It was so much fun that afternoon, pretty much by myself, just dancing and listening to my music and it was great.”

Houston knew it was a good club track, but the song’s widespread success was a pleasant surprise. She didn’t expect to win a Grammy. In fact, Houston wasn’t even at the ceremony.

“Let me preface this by saying that this is one of the big regrets of my career is that I was not there the night that I won the Grammy,” she says. “I would say to anyone, if you’re ever nominated for something, whatever it is, you should always attend because you never know.”

Houston, who had previously been nominated for a Grammy, didn’t expect to win. She stayed home and says that she was actually scrubbing her kitchen floor when she received a call that she’d won.

“I felt like an idiot,” Houston says with a laugh. “If you really want to know the truth. I never say that to people, but, yeah, that’s what I felt like.”

Awards or none, “Don’t Leave Me This Way” has endured. From the driving bass line to the way her voice rises in the song’s wild climax, it’s an emotional roller coaster and, now, a classic of the disco era. “It is a good song,” Houston says modestly.

She points out that there’s also a cultural significance to the song, and to disco, that goes beyond its sound: “It was part of the music that was being played, and one of the songs that they embraced, during the time that the LGBT community was organizing and coming out.”

“Don’t Leave Me This Way” became an anthem, its title taking on new meaning at the height of the AIDS epidemic.

Over the years Houston has continued to tour and says that she’s currently, “slowly,” working on music to release in the future. And she remains proud of the song that earned her a Grammy. She says, “I’ve had a very, very good career as a result of that song and I’m proud to say that, yes, it did come out of the disco era.”