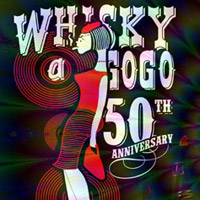 Maybe you already know how the Whisky a Go Go came to be. Maybe you’ve heard some of the legendary stories from its 1960s heyday. Maybe you know it as one of the few Sunset Strip venues that has outlived some of the music genres it has showcased. To celebrate half a century of rocking the free world (or at least West Hollywood), the venue is hosting a month of concerts featuring its old regulars who will return to play on the stage where many of them once paid their dues on their way to making it big. Here’s a list of some of the acts that are scheduled to play.

Tickets to all shows can be purchased here.