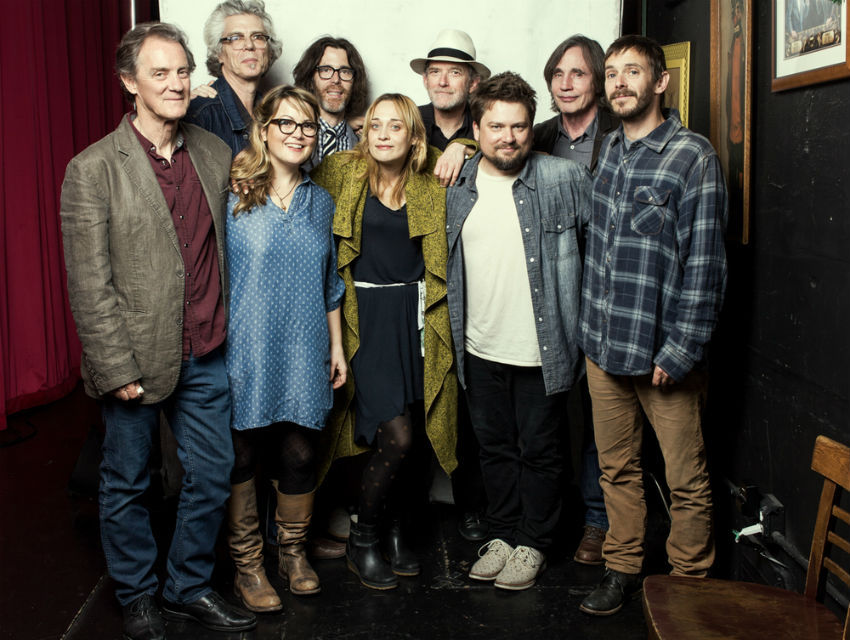 During breaks between album recording and touring in 2002, brother and sister Sean and Sara Watkins of Nickel Creek started a musical residency with an acoustic/bluegrass vibe at the original Largo on Fairfax, inviting friends to join them on stage. Turns out they have very talented friends. A tradition—beloved by both the audience and the players—sprang forth: The Watkins Family Hour.

For the audience, beyond the fabulous musicianship, the anticipation before the show is part of the fun. Who will show up? Tom Petty and the Heartbreakers keyboardist Benmont Tench is always at the piano if not on tour. John Paul Jones from Led Zeppelin once appeared, playing mandolin on a bluegrass version of “Going to California” with Jim Keltner (Dylan, Lennon, Harrison, Clapton) sitting in on drums. On any given night you may see Jackson Browne, Fiona Apple, Elvis Costello’s drummer Pete Thomas, Jon Brion, actor John C. Reilly, alt-country duo Gillian Welch and Dave Rawlings, or talented friends from the bluegrass world.

For the players, you can tell by the way they smile at each other, and the ease of song choice, that it’s a refreshing break from the regular concert schedule. They’re getting to do something they all did when starting out—just hang out and jam with friends.

The next progression of this community of musicians is to record an album together, and the stars and schedules finally aligned. On the Watkins Family Hour’s eponymous debut album, out July 24, Sara and Sean are joined by Fiona Apple and Benmont Tench as well as stellar L.A. players Don Heffington on drums, Greg Leisz on pedal steel, and Sebastian Steinberg on bass for a diverse album of covers. Just about everyone takes a turn on lead vocals—including Sara on a new take on the Fleetwood Mac song “Steal Your Heart Away,” Sean reinterpreting Bob Dylan’s “Going Going Gone,” and Apple singing “Where I Ought To Be,” originally performed by Skeeter Davis. Expect a few classics by Roger Miller, Gordon Lightfoot, and Harlan Howard as well.

The collective will be taking the show on the road for a unique tour—because these kids don’t only have talented friends in Los Angeles. They have friends everywhere. They have been very thoughtful about where they are performing so different people can join them on stage in each place. You almost wish you had time in your life to follow them around like a Deadhead. If you don’t, make sure to hit their stop right here in L.A. on Thursday, August 13 at 8:30 p.m. at—where else?—Largo at the Coronet.

Fiona Apple Releases a Soundtrack for Our Abnormal Present