Lakers vs. Clippers. One five-game losing streak last fall was followed by another, leaving the Lakers barely recognizable as one of the league’s premier franchises. Beset by injuries to Dennis Schröder, Thomas Bryant, and Cole Swider, along with LeBron James’s usual aches and pains, the purple and gold have been floundering. Sure, there are rumors about Bojan Bogdanović, but is there any there there? And with Russell Westbrook relegated to sixth man, offers are said to be streaming in, but none as sweet as the one that would have brought them John Wall, now a Clipper. Even with Kawhi Leonard’s knee injuries and ongoing groin condition, the Clippers have prevailed against the Lakers twice already this season, 103-97 and 114-101. So go cheer for one or both. They need you! Crypto.com Arena, Jan. 24

The Five Directions: Lacquer Through East Asia. Lacquer techniques and materials from the north, south, east, west, and center of East Asia have long intermingled, represented by over 80 works from Japan, China, and Korea drawn from LACMA’s permanent collection. LACMA, December 18 to April 16.

Another World: The Transcendental Painting Group, 1938–1945. The Transcendentalist manifesto vowed “to carry painting beyond the appearance of the physical world, through new concepts of space, color, light and design to imaginative realms that are idealistic and spiritual.” Works by New Mexico artists Raymond Jonson, Emil Bisttram, Agnes Pelton, and Lawren Harris aspire to abstraction grounded in the collective unconscious. LACMA, December 18 to June 19.

The Villa: A Novel. From Rachel Hawkins, the New York Times best-selling author of The Wife Upstairs and Reckless Girls, comes a murder mystery set in an Italian villa where a pair of friends are vacationing. By trying to solve an age-old murder, one of them might unwittingly inspire her own demise. January 3.

The Pale Blue Eye. Based on the novel by Louis Bayard, this streamer explores Edgar Allan Poe’s short stint as a cadet at West Point (fact) assisting in a murder investigation (fiction). “He’s such a misfit. Nobody really likes him or trusts him in West Point,” Christian Bale said of Poe at a recent press screening at the Pacific Design Center. In the film, Bale plays Detective Landor, who enlists the dark poet in solving the murder of a fellow cadet. The actor reteams with director Scott Cooper for the third time after Out of the Furnace and Hostiles, for this moody whodunit starring Harry Melling as Poe, Gillian Anderson, Lucy Boynton, Charlotte Gainsbourg, and the always inspiring Robert Duvall. Netflix, January 6.

M3GAN. Horror master James Wan (Saw, The Conjuring) has created a female Chucky for the artificial intelligence age. A robotics engineer at a toy company builds a freaky life-size doll with a hunger for the kill. In theaters January 6.

A Man Called Otto. This is the second film adaptation of the hit Swedish novel A Man Called Ove, about a lonely old grouch and the unlikely friendship he forms with the family next door. It stars Tom Hanks as Otto, along with Mariana Treviño, Rachel Keller, and Mike Birbiglia. In theaters January 13.

Simone Forti. Postmodern choreographer Simone Forti gets the museum treatment in the first West Coast exhibition dedicated to her career, including works on paper, videos, holograms, and performance ephemera, as well as weekly stagings of her piece Dance Constructions. MOCA, January 15 to April 2.

Call Me Anne. When Anne Heche died after a car crash in L.A. last summer, she left behind memorable performances in movies like Donnie Brasco. Her legacy also includes this new memoir, a sequel to 2001’s Call Me Crazy. Ellen DeGeneres, Harvey Weinstein, childhood sexual abuse—it’s all there, but so are acceptance and forgiveness. January 24.

Worlds Apart. Gallerist Jonathan is married to Sue but has a mistress, Clarissa, whom he cannot see on account of the COVID lockdown. Forced isolation leads to a reevaluation of relationships among three couples in this comedy starring Bob Odenkirk, Radha Mitchell, and Danny Huston. In theaters January 27.

The Little Foxes. Lillian Hellman’s classic centered on three Southern siblings seething with greed and ambition gets a SoCal staging under the direction of Lisa Peterson. When it premiered on Broadway in 1939, it starred Tallulah Bankhead as the devilishly clever Regina, a role immortalized by Bette Davis in the 1941 film that received nine Oscar nominations. South Coast Repertory, January 29 to February 26. 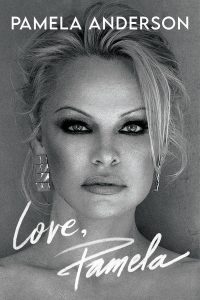 Love, Pamela. We added the punctuation, but this is how Pamela Anderson described her memoir in an Instagram post: “I repainted scenes in detail, if it was my childhood or at the Playboy Mansion. Just one girl’s messy life—a celebration of imperfections.” The 1990s sex symbol calls the book an “unpolished attempt” by a mother, activist, and actress. January 31. 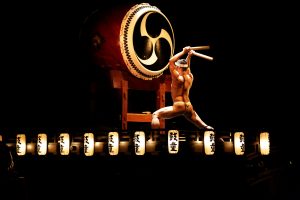 Kodō. Beating the traditional taiko drum for four decades, members of Kod reflect on the past with their One Earth Tour 2023. The program, Tsuzumi, held for two years because of COVID, traces their music to its origins in Japanese folklore blended with Chinese and Korean cultural influences dating to the sixth century. Walt Disney Concert Hall, January 31.