Home Arts & Events The Reagans Used the Tools of Hollywood to Craft a Political Narrative–and... 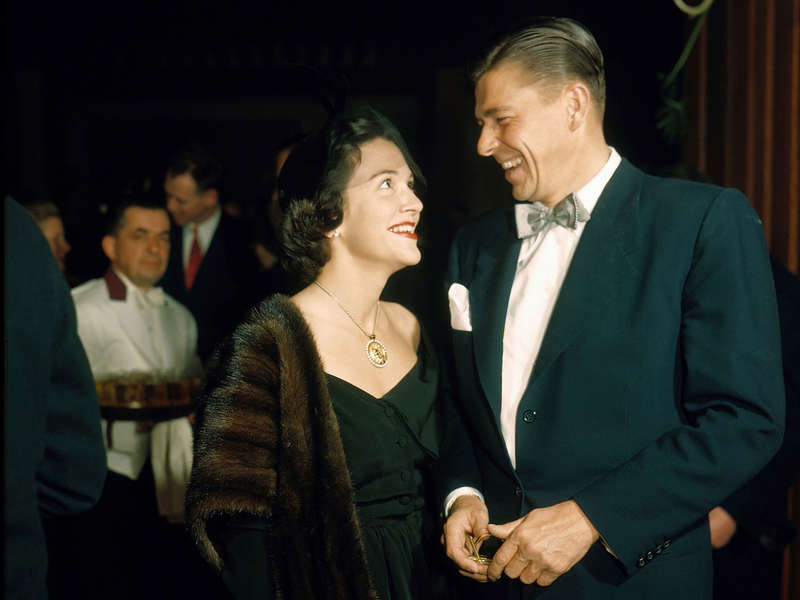 In The Reagans, journalist and documentary filmmaker Matt Tyrnauer peels back the carefully cultivated public image of Ronald and Nancy Reagan. Over the course of the four episodes, now airing on Showtime, viewers go inside how the duo invented their Golden Age Hollywood personae and used them to advance a radically conservative agenda. The documentary looks at how their manipulation of the American media provided a playbook for Donald Trump–one that will likely be used again by ambitious conservatives in the future.

“For years, I’ve thought that the Reagans were under-examined, and were so brilliant at creating a mythology around themselves and tending to that image and shaping it, and really editing their own story,” Tyrnauer says in a conversation from his Los Angeles home. “The media soaked up that narrative and never really took the time to tell the real story of exactly who these people were, what their motives were, and how they operated.”

Tyrnauer, previously the director of documentaries including Scotty and the Secret History of Hollywood, Studio 54, and last year’s Where’s My Roy Cohn?, and a special correspondent and editor-at-large for Vanity Fair, credits some of his interest in the couple to a 1983 Gore Vidal essay, “Ronnie and Nancy: A Life in Pictures.” However, his earliest connection to the Reagans dates back to childhood.

“I am an L.A. native and, it so happens, grew up one canyon away from where the Reagans lived pre-presidency, off of Amalfi Drive in the Pacific Palisades. When he was perpetually running for the presidency, all through the 1970s, I was in preschool, grade school.” Tyrnauer recalls. “There was something about that era that, as a kid in Southern California, I just remember being somewhat scarring, with the hangover of the harsh 1960s gubernatorial years. The law-and-order Reagan. The death penalty Reagan. The demagogic, right-wing, pro-nuclear war Reagan. The real Reagan, I think, was more apparent to me from an early age.”

The filmmaker’s father, a liberal television producer, butted heads with Ronald Regan in the 1950s over the Hollywood Blacklist. “He kind of had Reagan’s number, like a lot of people in the industry did,” Tyrnauer says.

At the time, Reagan was president of the Screen Actors Guild and testified before the House Un-American Activities Committee about his concerns about Communist activity within entertainment industry unions.

“Reagan comes out of the McCarthy period and he was on the wrong side. He cooperated and he did it very craftily so he didn’t get pilloried as a stool pigeon or a namer of names, but he did name names privately,” Tyrnauer says. “He did cooperate with J. Edgar Hoover and the McCarthy sympathizers. That strain of demagogic right-wing politics can very easily cross over into authoritarianism.”

Despite early encounters with the labor leader and, later, governor of California, he remembers his family finding the idea of a President Reagan to be far-fetched: “It was thought among my parents’ generation that Reagan becoming president was almost unthinkable. They knew how shallow his thinking was. They knew that he was a practitioner of demagogic politics, and there wasn’t really much basis for his beliefs.”

And yet, while the idea of a man with outlandish ideas parlaying his pop culture stature into the presidency might have at one point seemed far-fetched, The Reagans examines how it now feels almost inevitable.

“In hindsight, as improbable as it seemed at the time, it makes perfect sense that a movie star would be elected president at the end of the 20th century. Similarly, in hindsight, it makes perfect sense that a reality TV star with a flare for Twitter would be elected president in the 21st century,” Tyrnauer observes. “In this country, we are demented by the cult of celebrity. Trump is the ultimate symptom of what ails us, but Reagan being a movie star president was the harbinger of where we are now.”

Trump, he notes, took after his predecessor’s aptitude for using the news media’s hunger for character and story, even when platforming those stories may ultimately put the country itself in peril.

“The Reagans turned the media industrial complex on its ear and completely seduced the news people of their era. They learned from the best in the Golden Age of Hollywood where they were both contract players, he at Warner Brothers, she at MGM. They saw how the wheels of the publicity machine turned. They took those lessons and eventually applied them to really effective media manipulation techniques all throughout their lives,” he says. “Trump has proved to be an irresistible story for not only right-wing media and Fox News, but for all media. He just is catnip. It propelled him to the White House. Then once he was in the presidency, the media had to figure out how to deal with a liar, and a thief, and a crook, an authoritarian, would-be dictator who never told the truth. The press never has figured out how to handle him.”

As the current administration’s reign comes to a close, Tyrnauer offers a historical perspective on how we arrived at the current state–from Nixon to Reagan to Trump:

Aside from the parallels to today’s political moment, The Reagans also offers a compelling portrait of its central figures, their relationship to one another, and their rise to power.

“The personal story couldn’t be more interesting because you have not only the dark political machinations behind the scenes and the story of the manipulation and the self-creation of these two improbable figures, Ronald and Nancy Reagan, who went from being semi-jokes in Hollywood to being the most important people in the country, arguably the world, for eight years,” the filmmaker says. “There’s a lot of intrigue and a lot of things that were unknown about the Reagans. You can think of this as the ultimate counter narrative that tells us how we got to now.”