Home Uncategorized The Oscars Are Coming 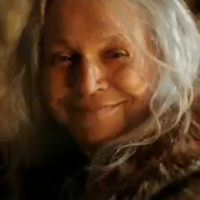 We like our Academy Award shows short, sweet, and salty, so we were disappointed when Eddie Murphy bowed out as show host following would-be show producer Brett Ratner’s media meltdown last year.

Billy Crystal stepped in to save the day, and while he’s experienced and dependable, we’re expecting this year’s show to land on the shmaltzier side of entertaining—which, after last year’s surreal production with James Franco and Anne Hathaway, might be great.

Now the Academy has released a trailer for the Oscars, starring Josh Duhamel and Megan Fox with cameos from Robin Williams and Vinnie Jones, and it’s… sorta funny!

SEEN Queen Kari Mozena laughs—a lot—and it made her chuckle once or twice.

What do you think?