Home Entertainment Industry The Only 5 Takeaways From Warner Bros. Discovery, Paramount’s UpFronts That Anyone... 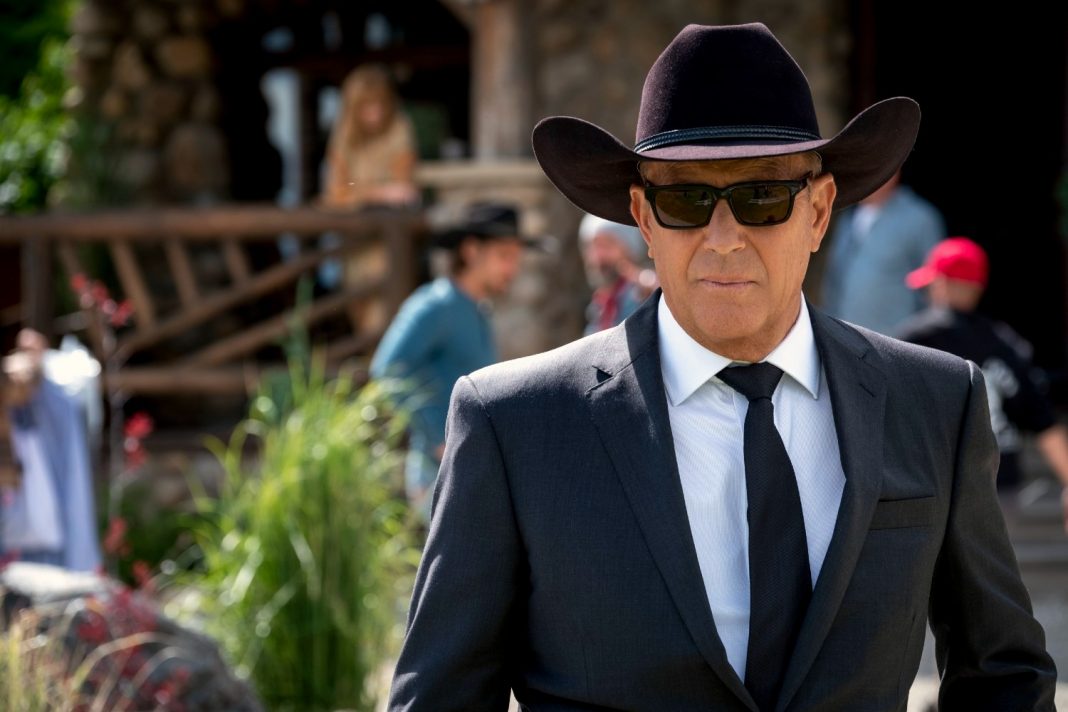 Wednesday’s upfront presentations continued the trend of big media companies showcasing everything their individual brands can do. The main players of the day were Warner Bros. Discovery (which has about 20 ad-supported cable channels, including the likes of HGTV, Food Network, TLC, Discovery, TNT, and TBS) and Paramount Global, who trotted out all the goodies coming to the likes of CBS, Pluto, MTV, VH1, BET, and Comedy Central.

Remember, these events are all about whetting the collective appetites of the advertisers in the rooms, so, while the likes of streaming platforms HBO Max and Paramount+ were indeed mentioned, the focus was still very much on the ad-based programming model still mostly offered by linear TV.

Now that we got all that boring talk out of the way, here are the five takeaways from Wednesday’s network upfront presentations:

Just a day ago, Disney hit the upfront stage and touted itself as the biggest, most powerful media organization in the galaxy, or something. Well, that was then, friends. When Warner Bros. Discovery CEO David Zaslav took the stage and introduced the world to the newly branded Warner Bros. Discovery, he did so by calling his company, “the largest maker of motion picture and television content in the world.” But is your stuff any good, bro?

Look, obviously the company has a lot to offer advertisers and audiences alike. But considering how the majority of the presentation hinged on the ad-supported channels we mentioned above, and their big push to give CNN, their news wing, a new coat of paint, all of this chest-puffing feels a bit yawn-inducing.

“There is no news organization in the world like CNN,” Zaslav said during the presentation. A little over a month ago, after being up and running for only three weeks, CNN+, the news brand’s streaming entity, was shut down. While the service was launched under the previous ownership, the company’s strategy moving forward has been the target of much speculation. According to this new CEO, their focus is on re-aligning the journalism business model, bringing an unbiased voice to their reporting.

“At a time when most news networks are advocacy networks, CNN intends to advocate for journalism first,” Zaslav continued. “To advocate for facts and for truth and to advocate for underserved news consumers and Americans who are seeking more accurate information and less yelling and conflict.” That’s a wonderful concept to deliver, but in the age of disinformation, yelling, and conflict, we’re unsure if this back to basics formula will work.

Welcome to the age of the super franchise.

Paramount Global has introduced a new term to the masses: “The Super Franchise.” Thanks to the success of Paramount Network’s Yellowstone, and its first spinoff 1883, which premiered on Paramount+ last year, the company is going all-in on Taylor Sheridan’s cowboy franchise. Ahead of their upfront presentation, the company announced 1932 as its next spinoff, with Harrison Ford and Helen Mirren starring.

The creation of these “Super Franchises” will hopefully allow the brands under Paramount’s umbrella to be “ubiquitous” across the franchise programming. It’s like the Marvel Cinematic Universe, but instead of caped superheroes, you’ve got a bunch of grizzled ranchers or something.

In all seriousness, this is a smart move for Paramount. They own the IP along with Sheridan and considering the popularity of Yellowstone, there’s huge growth potential here for the company to create an immersive story universe that a wide swath of the American viewing public can be invested in.

Amy Schumer is bringing sketch comedy back to Comedy Central.

The last time a new Inside Amy Schumer episode aired on Comedy Central, it was 2016 and hoo golly a lot has changed in the world since then. The stand-up comedian moved away from her signature sketch comedy series to focus on some big life priorities: she got married, dealt with a challenging pregnancy (which she presented in her HBO docuseries Expecting Amy), authored multiple books, and is currently the creator and star of the Hulu comedy-drama series Life & Beth.

It’s been a long enough wait and Inside Amy Schumer is finally returning to TV. Season 5 will be airing on Comedy Central as well as on Paramount+, which is part of a wider strategy by Paramount to cross-pollinate its titles on multiple platforms to encapsulate on the content’s exposure. Considering the success of Netflix’s I Think You Should Leave and the long-awaited return of The Kids in the Hall to Amazon Prime Video, it’s baffling to think that Comedy Central has been without a sketch comedy program for this long. No pressure, Amy.

The dream of ’90s animation is alive at Comedy Central.

Anyone remember Liquid Television, or are we aging ourselves? The animation programming block introduced Beavis and Butthead to audiences everywhere in the early 1990s and ushered in a new flavor of experimental cartoons that blended comedy with mature themes, while still appealing to younger audiences.

On the heels of South Park‘s 25th anniversary, and taking into consideration the popularity of Comedy Central’s animation lineup, the network is bringing a few titles that will surely please viewers.

First, there’s Digman!, the adult animated adventure comedy co-created, co-produced, and starring Andy Samberg as Rip Digman. The show is centered in a world where archeologists are cooler than rock stars. His Lonely Island buddies and CBS Studios are on as co-producers, as well.

Lastly, this news is already out there, but it’s worth repeating: Beavis and Butt-Head are returning in the new movie Beavis and Butt-Head Do the Universe, along with the highly-anticipated reboot of the classic cartoon series. Take note, Gen X-ers of the world, our time is now.