Home Travel The New California Dream Is in Portugal 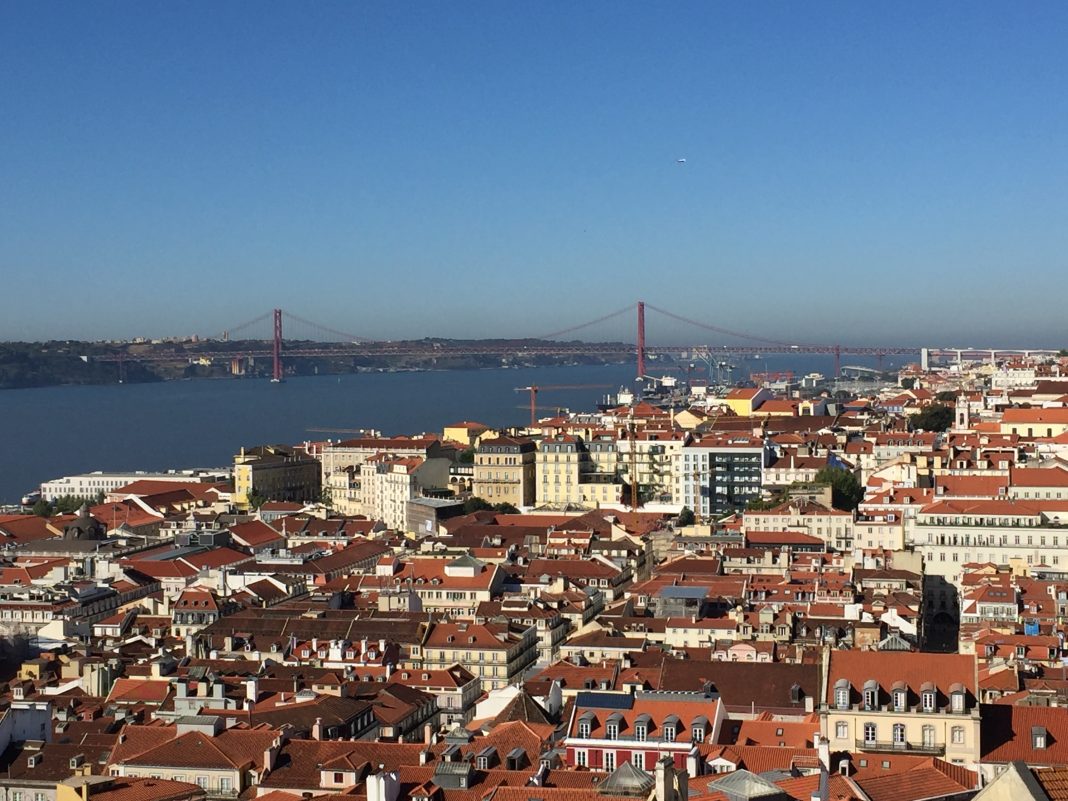 “It seems like an odd choice, doesn’t it?” Madonna quipped after her surprising move from London to Lisbon in 2017. But lately, Portugal has become a vital destination for Californians in search of reinvention and rejuvenation. A nation that once split the globe with Spain, then lost relevance for centuries, is the new chic spot to grow a startup, forge an international team, buy an apartment or truly live. The cost of living is less than half that of California, dinner for two runs about $25, good vinho de supermercado is cheaper than our state’s bottled water, and the work-force malaise and politicization of the pandemic that have gripped the Golden State and the nation are refreshingly absent.

Lisbon pulses with a vibrant expat community: Brazilians, French, Ukrainians, Brits, Africans, Italians, and, increasingly, Californians. Scarlett Johansson, one of Hollywood’s highest-paid actresses, bought a flat in the city’s tony Principe Real neighborhood; fellow superhero Michael Fassbender scored a $2 million apartment overlooking the River Tagus. John Malkovich was so smitten he delivered a video mash note: “a feast for the eyes…the architecture and the variety of it, the colors, the landscape…great culture, great people, great food.” In Lisbon, you can savor your 70-cent morning bica at the café counter, traverse the intricately designed calçadas to a fashionable co-working space, dine with friends on sardinhas and vinho verde and party till 4am on a Thursday night – then do it again on Friday.

Portugal’s newly arrived celebrities are symbols of a larger diaspora in the making. U.S. emigration to Lisbon and Porto leapt 33 percent in the year before the pandemic. And that quintessential California experience, the tech confab, is back live this November in Lisbon with the massive Web Summit conference, its in-person status a product of a nation that now boasts an 89 percent vaccination rate, the world’s highest. Once derided as Europe’s budget-vacation destination, Portugal is now Europe’s top tourist spot several years running.

On so many levels, the country can seem like California’s European twin, albeit without the apocalyptic wildfires and lingering droughts. Lisbon especially teases Californians with echoes: as in San Francisco, there’s a stunning red-painted suspension bridge, this one straddling the Tagus River instead the Golden Gate (built by the same engineer who built the San Francisco-Oakland Bay Bridge), seven steep hills, and iconic, many-hued cable cars. World-class surfing can be had 30 minutes away in Ericeira, and Nazaré. Says Jesse Lott, 35, a UCLA MBA who came of age carving the choice waves of San Diego and today heads European expansion for Beyond, a hot California startup with a growing presence in Lisbon, “It feels like San Francisco–it even has a Golden Gate Bridge, and then that coastline from Lisbon to Cascais – the surf’s incredible.”

Many Californians’ new freedom to work from anywhere only elevates Portugal’s allure. The pandemic laid bare fissures in the state that have been building for years: out-of-control housing prices, an intractable homeless crisis, rising crime rates. We’ve witnessed a massive exodus the past year for the supposedly greener pastures of Austin and Miami. Or maybe not. Postal data proved this “phenomenon” was grossly exaggerated; most Bay Area evacuees moved ten miles to Alameda County, up to Sacramento or south to San Diego. But there’s a larger truth. Life has suffered for many in so many parts of the state that it’s compelling to understand why it now falls to a tiny country 5,700 miles away to remind us of what California once offered, and the forces behind behind the growing California diaspora forming there.

During the brutal 2007-2008 global financial crisis, hundreds of thousands of Portuguese professionals lost government and corporate jobs. Entrepreneurism became a way out of the crisis. “If you want to start a movement or create an ecosystem, the first step is to inspire,” recalls Ricardo Marvão, 43, of the then fledgling Beta-i Lisbon accelerator, who in 2011 set off on a worldwide odyssey with his co-founders to “look at the different things that are happening and collect what could work in Lisbon.” Their first stop was California, with eye-opening visits to Google, Facebook, Stanford, and IDEO. Marvão then invited ten prominent California technologists to headline a conference called Silicon Valley Comes to Lisbon that became a major catalyst for innovation.

Thus was born a mutually beneficial cultural and economic bridge between California and Portugal. The Portuguese prize California’s billions in venture capital, deep entrepreneurial networks, expertise in sales, marketing and scaling startups. In return they offer driven, gifted employees who are fluent in English (the country ranks 7th in the world in speaking English as a second language), and friendly to boot. “You get these great folks that if you were in the Bay Area, they’d be very difficult to find, especially with that Portuguese personality,“ says Lott. “Warm and collaborative, they want to work with you.” Visa programs run by the Portuguese government streamline the process to hire American workers. Taxes are low. Broadband is ubiquitous. Direct trans-Atlantic fiber optic cable provides home network speeds averaging a gigabyte per minute. There’s even the Portuguese time zone advantage: an hour closer than the rest of Europe to California and New York.

Shifting attitudes toward employment—and employers—are also driving the diaspora.  Family comes first in Portugal, and the country offers a work-life balance that younger Americans especially demand, as evidenced in the stories of California expatriates putting down roots there.

Take Matt Waite, 33, who toiled in L.A. on a funding model for independent films before moving to the Bay Area where he became a husband and father shortly before launching Apres, an analytics startup. “The challenging part of SF was the lack of infrastructure for families,” he recalls. “The competitive nature of daycare and the costs…it’s like putting your kid through Harvard.” Portugal promised a balance of “just a beautiful country to raise our children.” The family settled in Cascais—picture a European Santa Barbara—30 minutes west of Lisbon, and haven’t looked back.

Nathan Hadlock, 39, had lived in Newport Beach and was working for a startup in S.F.’s Twitter building when he and his wife listed their top ten cities. Lisbon quickly rose to No. 1. “We want to slow life down, and pursue more of our passions, and that was the spark for Portugal,” he says. In the fall of 2019, Hadlock attended a Startup Portugal program offering a week of classes “where they show you around Lisbon, and tell you what it’s like to be an entrepreneur.” A jaunt to the “Napa-esque” Alentejo sealed the deal. The couple landed in Lisbon just before lockdown in March, 2020, yet even during the pandemic Hadlock plugged into the booming network of talented mission-focused expats.

That warm welcome is baked into Portuguese culture. Three years ago, Monz Fiorentini, 53, an HR specialist who’d worked in L.A. and S.F., decided “You know what? I’m just moving to Lisbon.” She found a local seeking a roommate and took the plunge. “On my first night I went to a digital nomad meet-up, met a new friend, and on my second day my roommate took me to her gym,” she recalls. She quickly made friends and business contacts; blasting out 250 LinkedIn emails to Portuguese CEOs in the hope that one of them might talk with “a skinny tattooed girl,” she was stunned when “twenty-five of them had coffee with me.” Fiorentini is now head of personnel at the Lisbon office of Kencko, a healthcare startup.

As California struggles to recover from its existential crisis as a state that many of its own residents believe is in decline, Portugal offers a second chance to live the California good life of yore. So expect to see thousands more seeking culture, waves, and tech opportunity to fetch up in Lisbon and Porto.

“They often joke that once upon a time Portugal and California were one, and they split,” says Fernanda Carapinha, a former development executive with Paramount Studios in Los Angeles, who is now founder and CEO of WE Global Studios and leads its expansion into Lisbon. “The climate is the same, the plants are the same, it’s pretty wild.”