Home Uncategorized The Master: Check Out That Van Gogh Portrait Before It’s Gone 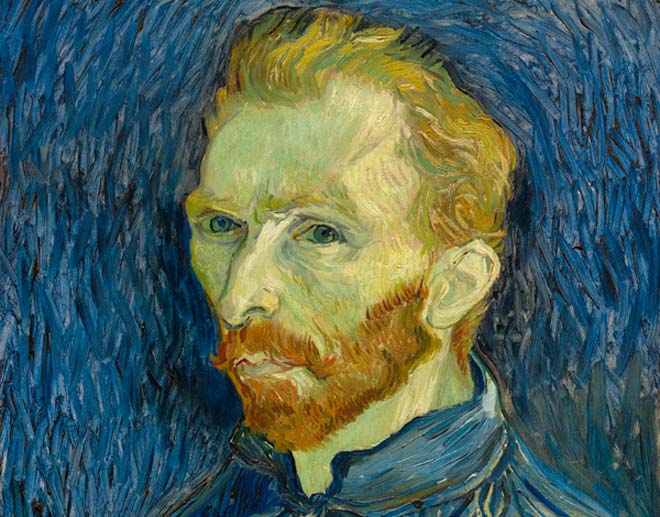 By 1889 Vincent Van Gogh was in trouble. His attempt the previous year to have Paul Gaugin, painter of Tahitian dreamscapes, join him in the south of France and start an artists’ collective had turned sour. The two men quarreled. Van Gogh spiraled out of control, threatening his friend with a razor before slicing off part of his left ear. He spent two months recovering in an Arles hospital.

A short while later, he started slipping again. Desperate to forestall a relapse, he checked himself into a psychiatric ward in Saint-Rémy, where he experienced the greatest artistic flowering of his career. Soothed by the safety and routine of the hospital, the Expressionist master produced 150 paintings over the next year including Cypresses, Irises, Starry Night, and three self-portraits.

The first of these, one of 36 Van Gogh completed during his lifetime, concludes its display at the Norton Simon on Monday, March 4th. The portrait, which is on loan from the National Gallery in Washington, D.C., has never been previously shown on the west coast. Though other Van Gogh works can be found in local museums, the artist’s other self-portraits are not included in any permanent collections here.

Tonight, the museum will host guided tours with free admission from 6 to 9 p.m. On Saturday, National Gallery Senior Conservator Ann Hoenigswald will discuss the artist’s attentiveness to his canvas and brush selection as detailed in his frequent letters home. The lecture “Dear Theo, Thank you for the paints: Van Gogh’s Choice of Materials and Some Unforeseen Changes” reviews the artist’s correspondence to his closest sibling and patron, and highlights how these preferences influence his work today.

Get to Know the L.A.-Born Artist Who Created Barack Obama’s Official Portrait