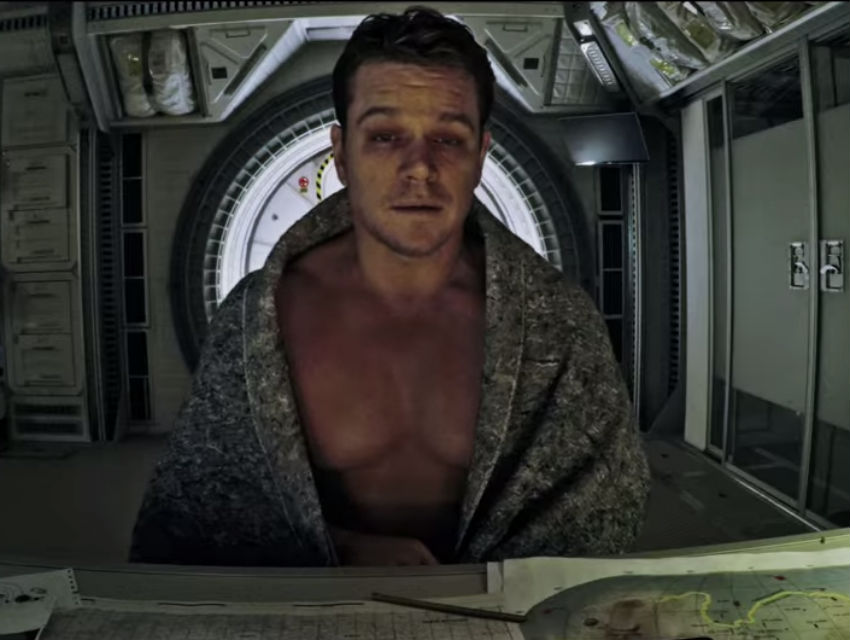 Master sci-fi director Ridley Scott’s adaptation of Andy Weir’s thrilling 2014 debut novel, The Martian, has been in the works since before the novel even found a real publisher (Weir first self-published it in 2011). The first official trailer from the upcoming movie, released earlier today, is a testament to Scott’s enthusiasm for the project.

The Martian, which in addition to Matt Damon features a large portion of the contemporary Hollywood pantheon including Jessica Chastain, Kristen Wiig, Kate Mara, Donald Glover, Jeff Daniels, Sean Bean, and Michael Peña, tells the story of an astronaut left behind on Mars’ barren desert surface when the rest of his crew takes off for home. Judging by the trailer, Damon’s protagonist, Mark Watney, is in for a pretty wild ride. Given the popularity of shows like Man vs. Wild, the Bear Grylls style action-narration (“I’m going to have to science the shit out of this,” is an actual line from the movie) is on point.