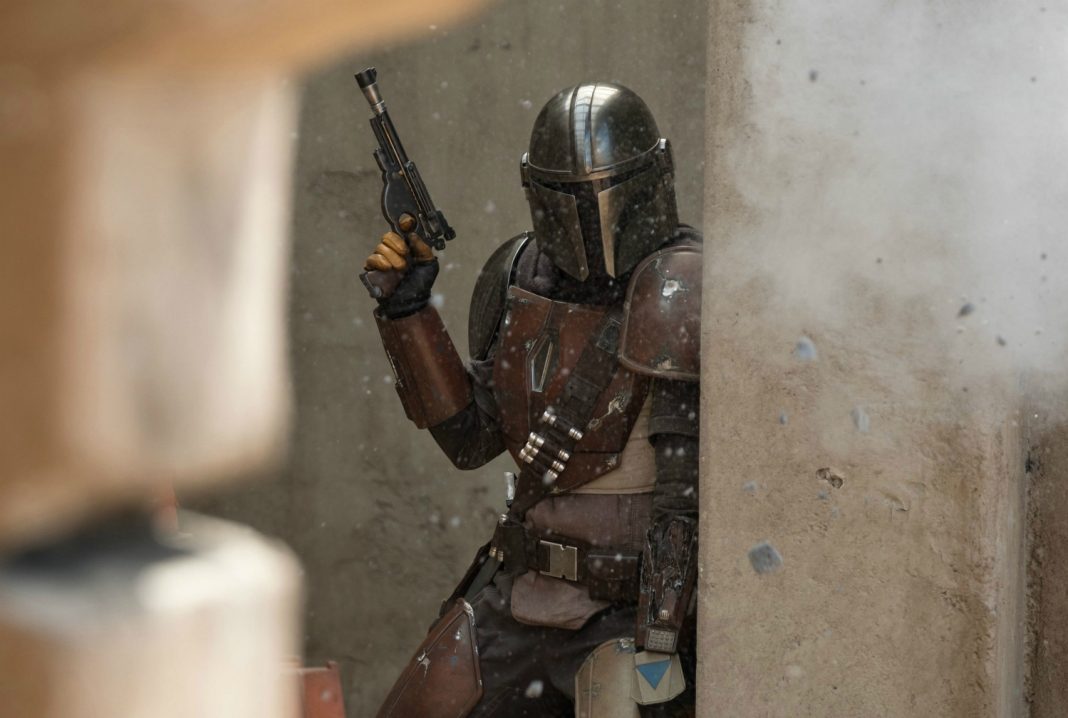 Although yesterday’s long-anticipated launch of streaming megaplatform Disney+ suffered technical issues early on, its flagship series, The Mandalorian, is being hailed as an achievement by even the most cynical Star Wars fans, whose main complaint is that the first episode is too short.

The series—created by Jon Favreau and starring Pedro Pascal, Carl Weathers, Gina Carano, and Werner Herzog—follows an anonymous bounty hunter in Mandalorian battle armor (like Boba Fett) making his way through the galaxy in the wake of the Rebellion’s victory in the Galactic Civil War. The show is so far scoring 94 percent fresh with critics and the audience on RottenTomatoes.com.

IGN declares that it “demands repeat viewing,” noting, “There’s a tactile, grimy, lived-in feel to The Mandalorian that harkens back to the 1977 original,” featuring “streets that are every bit as evocative as the bustling cantina.” But we’re also warned that the show “[c]ould be in danger of adopting the J.J. Abrams mystery box playbook, dropping tantalizing narrative breadcrumbs for the audience to speculate over, using the delayed gratification as a shortcut for building tension.”

Star Wars Theory proclaims that “Mando,” as fans call the protagonist, “is pretty sick,” but the fan site felt “a bit underwhelmed” by the premiere’s 36-minute running time.

Star Wars Explained also had an issue with the episode’s length but called it: “A very solid start that adequately hooked me, and I think it will only get better.”

Echarts Ladder “liked pretty much everything. … just really unexpectedly great.” But this reviewer also thinks the episode is too short. He adds, “I hope we get more than just barren wastelands and small settlements.”

The Hollywood Reporter’s Daniel Feinberg agrees with that assessment, writing, “Where the series feels intimate, or underpopulated, is in the largely vacated city streets, less-than-packed bars and general conflicts.” He sums up the first installment as “[s]mall, fun, Werner Herzog, and a surprisingly brief running time that’s unexpected not unpleasant.”