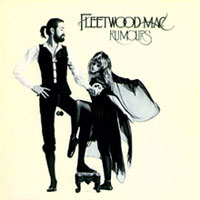 Thirty-seven years ago, a promising British-American band convened at the Record Plant in Sausalito, California to create their second album. The result of these efforts was Rumours, an LP that would catapult Fleetwood Mac to fame, win Album of the Year at the 1977 Grammys, and nearly tear them apart. Through every studio outburst, every late night jam, and every break-up—the marriage of band members John and Christine McVie, the partnership of Lindsey Buckingham and Stevie Nicks, and Mick Fleetwood’s marriage—the group’s audio engineers turned co-producers, Richard Dashut and Ken Caillat, watched from behind the studio glass along with Caillat’s dog, Scooter. Caillat released his memoir about the experience, Making Rumours, last year, just before the band announced an expanded reissue of the album and their 2013 tour, which hits the Hollywood Bowl tomorrow.

“Rumours was such a remarkable event that I stumbled into, and I wanted to share that with people,” says Caillat as we sit in a recording space at the Village Studios. “The book is really just a story of a boy and his dog. It just happens to be set into a recording studio. All the crying, the fights—I had no idea what Scooter and I were walking into.”

Rumours has sold more than 40 millions copies sold worldwide and earned spots on dozens of top-100 lists, but something sets it apart from the other 99 classic albums on those lists.

“Most of the crew involved are asked about it even today. It’s like we were all survivors of a plane crash, bonded by it,” Caillat explains. “I have a friend who says, ‘Ken, it was over 30 years ago. Why don’t you let it go?’ Not me. Every time I’m introduced to somebody, it’s ‘This is the guy who did Rumours.’ I thought, mistakenly enough, that if I wrote about it, I could stop talking about it.”

Caillat doesn’t hold back. He writes about the time an enraged Buckingham nearly strangling him, about the drugs in the studio, and about things he may have otherwise left unsaid around his daughter, Grammy-winner Colbie Caillat. His aim, though, was never to scandalize.

“The original publisher wanted shock and awe. They wanted a tell-all,” says Caillat. “If John was drinking and I wrote that he walked into the room, they sent me a rewrite saying John ‘staggered’ into the room. I said no. I do feel bad about some of the stories I told about Lindsey, but I made a vow when I wrote the book that I was not going to hold secrets back or speculate on anything that didn’t happen in front of me. I tattle on me as much as anybody else.”

He also recounts, with amazing clarity, the haunting quality of a perfect Stevie Nicks vocal, the genius of Lindsey Buckingham’s guitar style, the beauty of hearing Christine McVie alone at her piano, the ease with which John McVie wrote an iconic bass riff, and the antics of the group’s fatherly leader, Mick Fleetwood. (Buckingham and Nicks had met Fleetwood at the Van Nuys recording studio featured in Dave Grohl’s recent documentary Sound City.)

The qualities that made the album a hit in 1977 are striking a chord with millenials, who have latched onto Fleetwood Mac and particularly its magnum opus. Just as The Strokes and The Libertines pointed young listeners toward foundational punk-rock pioneers, today’s hook-heavy guitar groups may be responsible for Fleetwood’s spike in popularity.

“I have to think it’s the words,” Caillat conjectures. With songs that were written in the studio, Rumours feels like a diary of its own recording process. “When Lindsey sang, ‘You can go your own way,’ he was singing that to Stevie. Even though they agreed to put aside their breakup for the sake of the record, it wasn’t as easily done. Every day, we played those songs and poured salt in those wounds. That pain was completely painted into the layers of sound we worked so hard to create.”

After the success of Rumours, Caillat found himself in Fleetwood Mac’s shrinking inner circle. He went on to produce their next two albums, live shows, and a box set, but for all his history with the band, you won’t find him at the Bowl tomorrow. Even he hadn’t seen the band perform countless times over the years, Fleetwood Mac’s enduring fame means his chances of getting tickets are the same as anyone else’s. (He was once the last person waiting outside to see them after a show.) It may not be fair, but he doesn’t mind.

“Lord knows they deserve the fame and accolades they’ve got and I’m happy to just have been part of it,” Caillat smiles. He also got the ultimate book review. “Christine did call me after the book came out to tell me she loved it. She said she loved how I portrayed her and hoped that’s the way she’ll be remembered.”

Caillat is working on a book about recording Tusk, the follow up to Rumours. Fleetwood Mac plays the Hollywood Bowl tomorrow and the Anaheim Honda Center on May 28. They will return to play Staples Center in July.