Home Music The Lost Quotes: Looking Back on a Year of Music and Theatre... 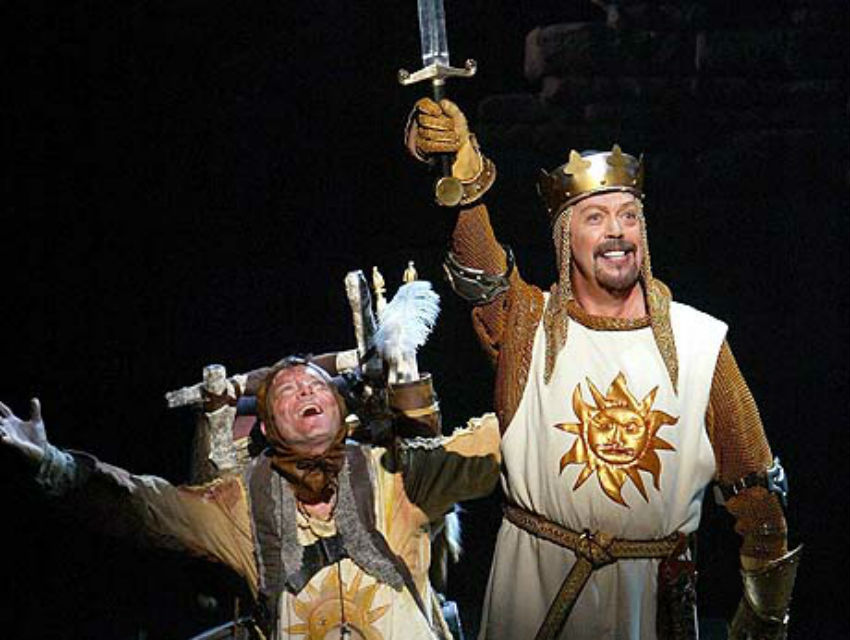 It is impossible to fit everything from an interview into a single column. Along the way, some real jewels find themselves without a home—until now. Here are the best quotes that deserve a second chance at life before 2015 comes to an end.

Composer John Corigliano on the premiere of his opera The Ghosts of Versailles in 1991
“I sent out for take-out chicken. I had a bottle of wine and ten milligrams of Valium. I ate the chicken, took the Valium, and went to the opening. If you’re asking about something that happened at opening night, I was a zombie. It was traumatizing. I couldn’t face it without a little help.”

Barry Humphries (creator/actor “Dame Edna”) on his friends in Los Angeles
“One of them might interest you. I met a very elderly, spry, pretty lady, and we were talking about books and things, and she talked about F. Scott Fitzgerald. She had been his secretary. Her first job was to dispose of a lot of bottles. She was with him to the end. I engaged her briefly as my secretary. I thought it would be a tickled bookend to her career.”

Actress/singer Betty Buckley on her years with Eight Is Enough
“I drove a rent-a-wreck, which really shamed Dick Van Patten and all my friends on the show. Everyone was so into their cars out here, so when I showed up in my red Dodge, everyone parted to make way.”

RuPaul on life in Los Angeles versus New York
“At this age, I love the quality of life. There is no way I’m going to spend another winter on the East Coast. I keep my place; I’ve had it for 20 years, but I love the lifestyle in L.A. The traffic sucks. I do car services now more than ever because I don’t like the person I become when I’m in traffic.”

Jazz musician Terence Blanchard on Miles Davis
“He influenced so many genres of music. Look at the electronic world, fusion, rock ‘n’ roll. There was a story I heard that Miles and Jimi Hendrix were thinking about putting a band together before Jimi died. Can you imagine that?”

Actor Tim Curry on a chance to do Shakespeare
“I have been offered Hamlet once and said no. I don’t think I want to do that. It’s a lot of work and he’s a young man, which I am no longer.”

Composer Tim Minchin (Matilda) on the state of pop music
“It blows my fucking mind because, you know, 60 percent of all top-ten hits are four chords over and over and over again. You just change the melody a bit and everybody goes ‘new song!’ No, it’s the same song.”

Singer/Songwriter Aloe Blacc on asserting his place in the arts world
“I heard it best from a Nobel Laureate from Yemen: you don’t ask for your rights, you ask your rights. I think that’s the most important rights advice I’ve ever received. Rather than asking what the rules are, or for someone to change the rules, you assume your executive position to change and you do what’s right and what you feel. That’s the only way in the arts to move forward.”

Jake Shears (Scissor Sisters lead singer and actor in Bent) on figuring out part of his costume for the show
“These better not look like granny panties, because my ass looked really good in the others.”

Monty Python’s Eric Idle on director Mike Nichols
“For a writer, there was nobody better than Mike. He would always insist on the truth and telling the story; nothing cheap or overt or obvious. His touch was fantastic. His inspiration was fantastic.”

Singer Darlene Love on the difference between Phil Spector and Steve Van Zandt (who produced her latest CD)
“I tell people that Phil Spector was going to make himself a star. Steve wanted me to be a star.”

Steve Van Zandt (of The E Street Band) when he called several hours early for his interview
“Hi, this is Stevie Van Zandt. I may have the wrong number or the wrong time. It wouldn’t be the first time.”

Singer Ute Lemper on Bertolt Brecht
“This music was so exploratory of the human society. Even Bob Dylan wasn’t as specific as Brecht was in analysis of human failures.”

Composer Jason Robert Brown on the failure of his latest musical, Honeymoon in Vegas
“Our producers sucked. What can I tell you? Nobody had faith. These producers took it on, we all knew they weren’t great producers, but if they have faith maybe we can make it work. I don’t know what to do with the idea that the other producers were right, or we were right and the producers were terrible. The show feels like it didn’t even happen.”