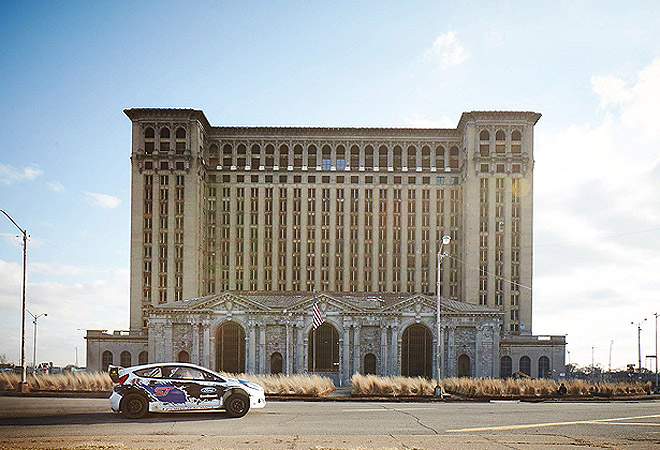 ESPN’s Summer X Games is soon to be L.A.’s Ex Games: After one final run this August, the event will head to one of four cities—Detroit, Austin, Chicago, or Charlotte—all of which are entangled in a bidding war of Olympic proportions that will be settled by the end of this month.

X Games has been a part of L.A.’s fabric since 2003, when ESPN partnered with L.A.-based AEG Sports (the company that owns Staples Center, among other things). The network had hoped to extend their contract with AEG beyond 2013, but an agreement couldn’t be reached in time; Last October, ESPN began to accept formal bids from cities around the country for a new three-year contract that will begin in 2014.

Which brings me to the following question: If Los Angeles can’t have the X Games, then who should we endorse as its new host? The choice is a simple one, though perhaps not immediately obvious: We should be rooting for Detroit.

I should warn you that this opinion of mine is slightly biased. One of my closest friends, Garret Koehler, moved from Chicago to Detroit in order to spearhead their X Games bid alongside Kevin Krease, a mutual friend of ours from college. But that’s not why I think we Angelenos should support Detroit’s endeavor. Rather, it’s because Los Angeles and Detroit are, in so many ways, kindred spirits. The tenor of the cities is nearly identical, moreso than L.A. and any of the other locales that are up for the honor. If you look closely, the pulse of Detroit—what drives its inhabitants—is perfectly in sync with L.A.’s: Both places exude an aura of promise, of self-made success achieved through indefatigable tenacity. Both are home to a very specific type of person, one who is willing to wager enormous, mind-boggling success against cataclysmic failure; who understands that in order to flourish, he or she must take risks knowing that those risks might very well undo them. But what sets Angelenos and Detroiters apart from the rest is this: should ruin triumph over prosperity, they pick themselves up by their bootstraps and do it all over again until the scales tip in their favor. At the simplest level, aren’t these the very same principles that drive the X Games and its athletes?

The main contention most people have with the Games going to a city like Detroit—a city that was once home to 2.5 million people (though now it only boasts just over 700,000)—is that they perceive the place to be dying. A ghost town. Dilapidated. But Koehler would argue that such misconceptions couldn’t be further from the truth. “Something is happening in this city,” he says. “This place that was once the epitome of American greatness is being rebuilt by an influx of artists, creatives, and entrepreneurs. We want the X Games to be an expression of what’s happening on a broader scale in Detroit; EPSN could occupy and activate this city in a huge way, meaning it could create tangible, transformative outcomes in our communities.”

Koehler isn’t the only one who thinks so. A slew of X Games athletes would also like to see the Games in Detroit. Joining the supportive ranks of Motocross rider Brian Deegan, rallycross driver Tanner Foust, and BMXer Brandon Dosch is legendary vertical skateboarder Tony Hawk (who recently donated his very first skateboard to the Smithsonian). “Detroit would be a great host,” he says. “Skating has strong roots in the area, and X Games would be an ideal venue to show how innovative and sport-centric Detroit is. It could also highlight the artistic movement–including a DIY skatepark–that is happening near downtown.” As for whether he endorses Detroit over the other three contenders? “Yes, yes, yes.”

Hawk’s sentiment is shared by skateboarding prodigy Nyjah Huston, who started skating when he was only four years old and has since become a two time 2013 X Games gold medalist (and the winner of the largest amount of prize money ever awarded to a skateboarder). “I would be really excited if Street League went to Detroit,” he says. “It’s a really good city for skating and some big name skaters have come out of there—and Big Sean is from there, so it’d be cool if we could get him to come out and watch.”

What it comes down to is this: if the X Games has to leave Los Angeles, then we should get behind a city that will do justice to something we’ve loved for so long. And that city is Detroit. “Theres no city that’s more urban, more gritty than Detroit,” Koehler says. “This city just exudes the X Games.”