Home Music The Last King of Blues Is Gone 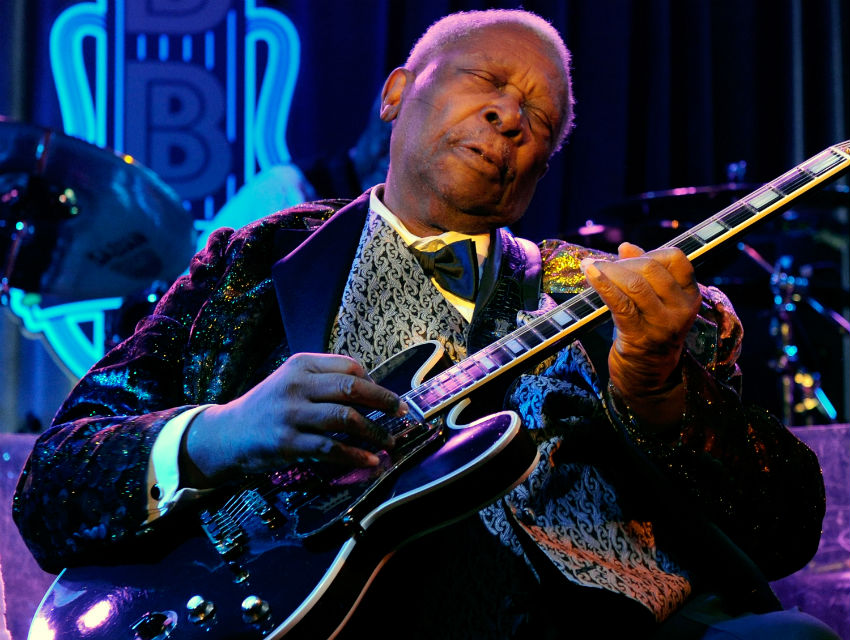 Iconic blues man Riley “B.B.” King has died at age 89. The news was confirmed by King’s daughter Patty King. The guitarist, who along with Freddie King and Albert King (no relation) constituted the Kings of Blues, died Thursday in Las Vegas, where he was receiving in-home hospice care according to CNN.

Born the son of a sharecropper in Mississippi, King rose to fame on the blues scene in the ’50s and earned himself the nickname “B.B.,” which stands for “Blues Boy.” King wrote a series of hit songs throughout that decade starting with “3 O’Clock Blues” in 1952. In the late ’60s and early ’70s, the guitarist reached a wider audience when a new generation of rock ‘n’ roll bands and musicians such as Jimi Hendrix and Eric Clapton started promoting their own musical influences. In 1969, King performed as opening act for the Rolling Stones on their U.S. tour. With the release of his biggest hit, “The Thrill is Gone,” King was elevated to the pantheon of guitar gods. The song earned King a Grammy in 1970.

His signature vibrato and bending style made King’s music electric with feeling. “I wanted to connect my guitar to human emotion,” he once said. If anyone has ever achieved that, it was him.