Home Uncategorized The Killers Have a Sad “Christmas in L.A.” 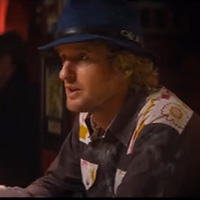 Share
Email
Facebook
Twitter
Pinterest
ReddIt
WHAT: Originally a Vegas band, the Killers teamed up with local rockers Dawes for “Christmas in L.A.,” a song about the loneliness of life in the big city—this big city. Even better, it comes with a video featuring Owen Wilson and Harry Dean Stanton. (Bonus points for the Dan Tana’s reference.)
VERDICT: From Jared Leto to Pharrell, the end of the year has been a banner season for video homages to Los Angeles, but this one is by far the saddest. That’s why it’s so great. A city without ambition isn’t a city; it’s a suburb. All those crushed dreams are what make L.A. such a fascinating and beautiful place to live. And a pitcher of sangria in an empty beach cafe? That sounds just about perfect.