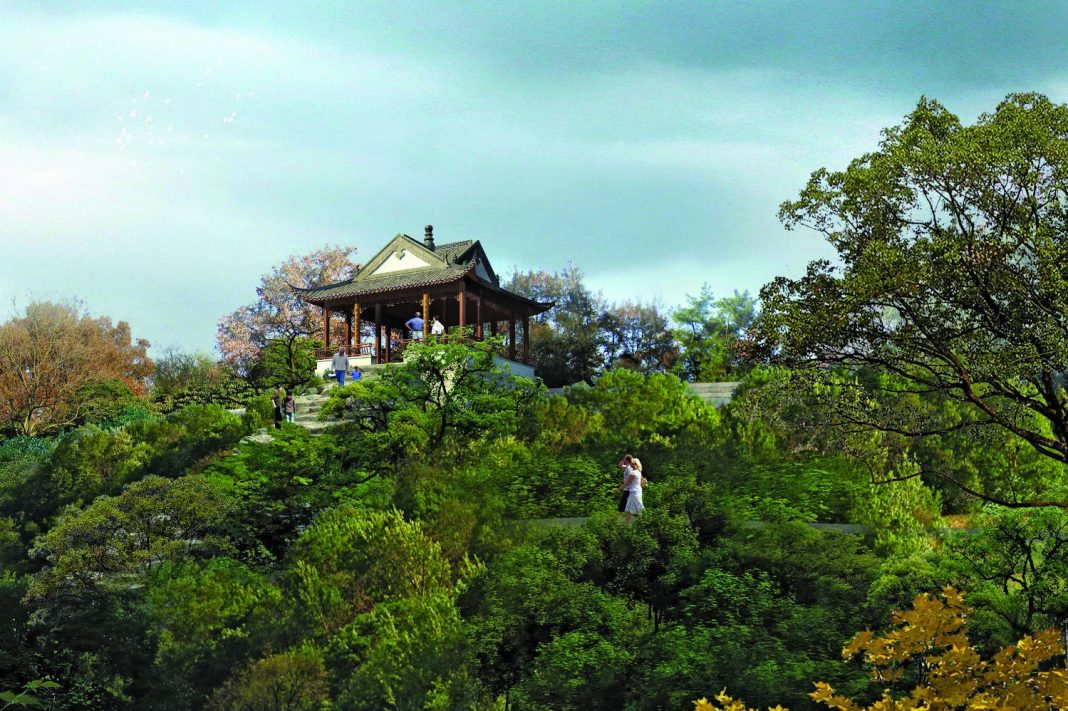 After this story was initially published, the Huntington announced that because of COVID-19-related delays, the revamped Chinese Garden will open in fall rather than summer. The article has been updated to reflect the timeline change.

The Huntington Library, Art Museum, and Botanical Gardens has long been a lovely place to spend an afternoon. As we all start to get outside again, the institution is more vital than ever.

After more than a year of construction, the final phase of the Chinese Garden will be complete this fall, expanding the attraction to 12 stunning acres from its initial three and a half. The garden’s curator, Phillip E. Bloom, says the expansion comes at a crucial time, with Asian Americans facing increased racism. “Anything that can inspire empathy for other cultures, particularly the culture of China, is important right now,” Bloom says.

When the Huntington’s outdoor areas reopen on July 1, the Chinese Garden won’t quite be ready for its debut yet, but in the meantime, Bloom guides us through some of the key features. 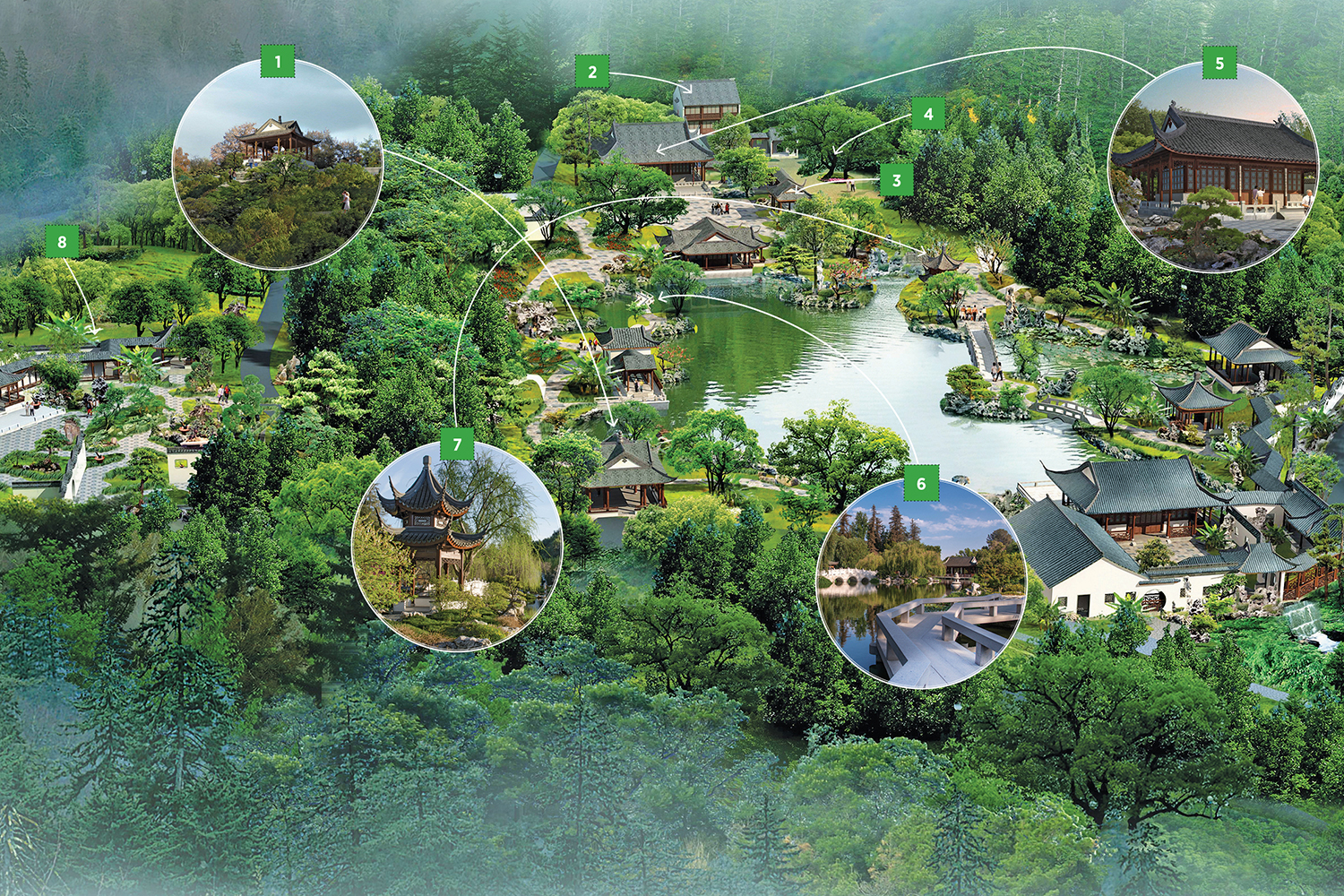 Situated at the highest point on the property, this pavilion provides an unimpeded vantage point for visitors to take in everything. ”You get a view of the whole garden, and it also looks out on to the Mount Wilson Observatory,” says Bloom. The founder of the observatory, astronomer George Ellery Hale, was a friend of Henry Huntington and was the one who convinced him to turn his library into a public institution. The tower’s name pays homage to Hale and his fellow astronomer Edwin Powell Hubble, who was a neighbor of Huntington and whose papers are part of the library’s holdings in the history of science.

This new café will offer a more formal dining experience than the Chinese Garden’s ever-popular dumpling and noodle house. “It will be very nice to have a full-service restaurant [with a] proper kitchen,” says Bloom.

3. Reflections in the Stream and Fragrance of Orchids Pavilion

“It’s one of the more tranquil spots in the garden,” says Bloom. “It’s really quite beautiful, with all sorts of flowering fruit trees.”

“There are two very, very large California live oaks [200 to 300 years old] that have actually grown together into one huge tree,” says Bloom. “It’s a particularly beautiful spot.”

5. Flowery Brush Library This replica of a scholar’s studio in the Ming dynasty lets visitors try their hand at calligraphy. “This kind of garden would have been constructed by [a scholar]—someone who had gone through a series of exams to become a bureaucrat … and did all sorts of calligraphy and painting and poetry,” explains Bloom. Behind it will be an art gallery (not pictured) called the Studio for Lodging the Mind.

6. Bridge of the Joy of Fish

Walk over water on this structure, named for a story by Taoist philosopher Zhuangzi in which two men argue about whether one can really know the happiness of a fish without being one himself. Bloom says the question “has inspired several thousand years of debates in China.”

This area is named after the Three Friends of Winter—a grouping of pine, flowering plum, and bamboo that is common in Chinese literature. “These are all plants that are seen as symbolizing resilience. Pine is evergreen; flowering plum is the first plant to bloom each spring,” often when it is snowy and other plants are still dormant; and “bamboo bends but never breaks,” says Bloom.

8. Verdant Microcosm Here, visitors will enjoy tiny plants called penjing, which are similar to Japanese bonsai but are often styled as part of elaborate miniature landscapes.

RELATED: 100 Fascinating Facts About the Huntington in Honor of Its 100th Year