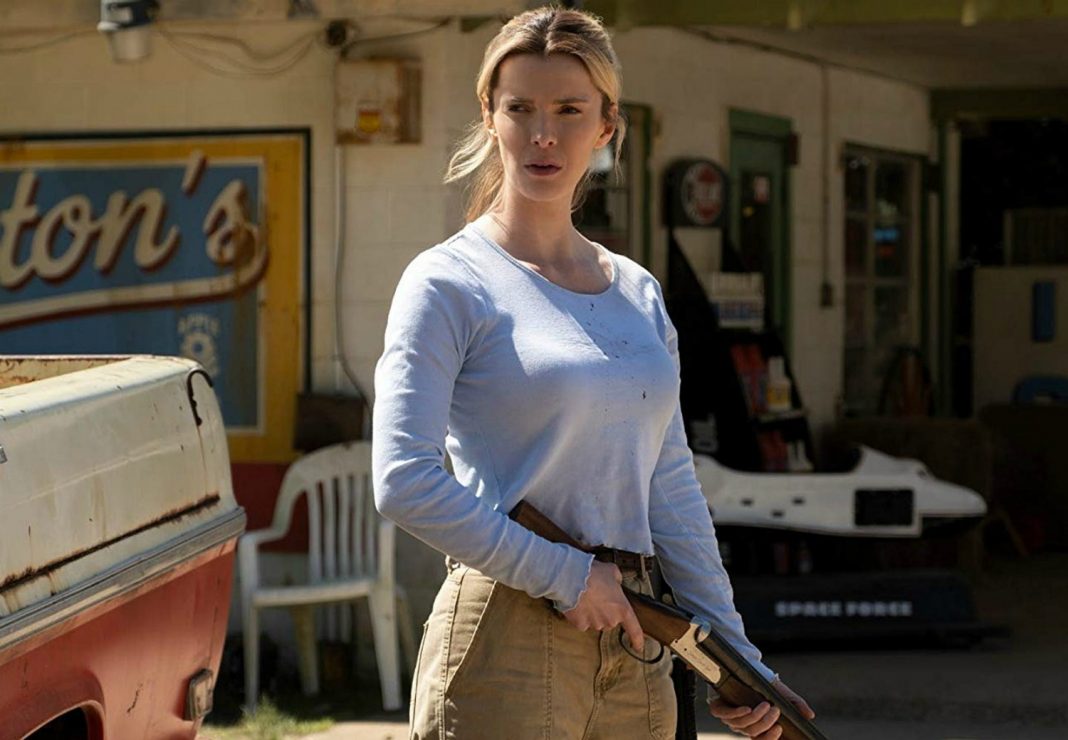 Six months after Universal canceled the September release of Blumhouse’s R-rated thriller The Hunt as the nation reeled from a spree of mass shootings, the satire about “elites” hunting “deplorables” has gotten a March 13 theatrical release date, along with a new advertising campaign that fully plays up last year’s controversy.

The new poster features the original September 27 release date crossed out and replaced with March 13. And a new trailer released Tuesday bills the flick as, “The most talked about movie no one has seen.”

Although 2019 saw more mass shootings in the U.S. than there were days of the year, Universal’s decision to pull the Hilary Swank vehicle came on the heels of back-to-back massacres in El Paso and Dayton on August 3 and 4 that left 31 dead, as well as the July 28 Gilroy Garlic Festival shooting that killed three and wounded 12.

At the time, the filmmakers were also dealing with blowback from conservatives who had seen, or heard about, an unfortunately nuanced preview released in late July—lead by Donald Trump. Although the film reportedly doesn’t assign “good guy” or “bad guy” status to characters based on political ideology, what little info reached Trump last summer put him in quite the tizzy.

“The movie coming out is made in order to inflame and cause chaos,” he tweeted. “They create their own violence, and then try to blame others. They are the true racists, and are very bad for our country!”

Now, Trump and his people have bigger things to worry about, and there have been no mass murders garnering national headlines recently, so apparently the time is right for The Hunt.

“You can’t have had happen what happened and pretend it didn’t happen,” producer Jason Blum clarified to the Los Angeles Times after a private screening of the movie this week.

“The movie was always meant to be absurdist,” added co-writer David Lindelof.

RELATED: Universal Postpones The Hunt—But Will There Ever Be a Good Time for It?

Universal Postpones “The Hunt”—But Will There Ever Be a Good Time for It?

Donald Trump Has Decided That Hollywood Is Racist Against Right-Wingers