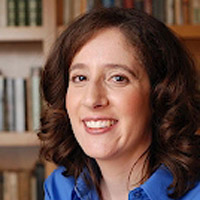 [In this occasional series, we check in with the winners of the annual MacArthur “genius grants.”]

Imagine learning that you’d won a $500,000 lotto jackpot — though you’d never bought a lottery ticket. That’s what it’s like winning a MacArthur “genius grant,” and this year three of the 23 recipient were Angelenos.

Elissa Hallem, a neuroscientist at UCLA, was in her lab when she got the call. She was looking at looking at worm neurons under a microscope as part of her research into how parasites use smells to find hosts they can infect. The research may sound narrowly focused, but it has broad implications.

“Parasitic worms that infect humans are a major health problem worldwide, particularly in developing countries, but there are also parasitic worms in the United States and they can cause long term disease in people,” says Hallem. “Our hope is that if we can understand how they’re detecting their hosts, we can develop new strategies for preventing them from infecting. For example, by developing traps so they can’t infect.”

The MacArthur Foundation recognized the value of her research by awarding Hallem the $500,000 prize, which is doled out over five years but comes with no strings attached. Perhaps a trip to Las Vegas so she can unwind from all those long nights in the lab? Nope. Hallem plans to use the money to continue her efforts to save humanity from the scourge of parasites.

“It’s such an honor to receive the award because they’re making this incredible investment in your work and they’re giving you complete flexibility. For scientific awards that’s extremely rare,” Hallem says.

Now she’ll have the chance to branch out into other areas and pursue projects that might be too preliminary (or too weird) to receive federal funding — like mind control. “One thing that I’ve always been interested in,” Hallem says, “is how parasites can change the behavior of their host. That’s not really understood on a mechanistic level, so that’s something worth thinking about.” And it’s money well spent.