Home Books A Landmark Book on Gay History Has Been Updated and Re-Released for...

The Stonewall uprising and AIDS epidemic are most frequently cited as the two most influential moments in gay American history. But as the author and journalist Charles Kaiser outlines in his award-winning book The Gay Metropolis, first released in 1997, there’s a lot more to the story of the gay liberation movement.

“Originally, I wrote the book as a survivor of the AIDS epidemic,” he tells Los Angeles, “I felt an obligation to bear witness to what we had all lived through since I was part of the lucky 50 percent of my generation that survived [the AIDS epidemic]…I wanted to write a book that would include AIDS, but not be overwhelmed by it, so the solution was to start at 1940 and originally end at 1997.”

In celebration of the 50th anniversary of Stonewall last month, Kaiser has re-released The Gay Metropolis with a new preface and an additional chapter that extends the decade-by-decade history of gay America into the 21st century. 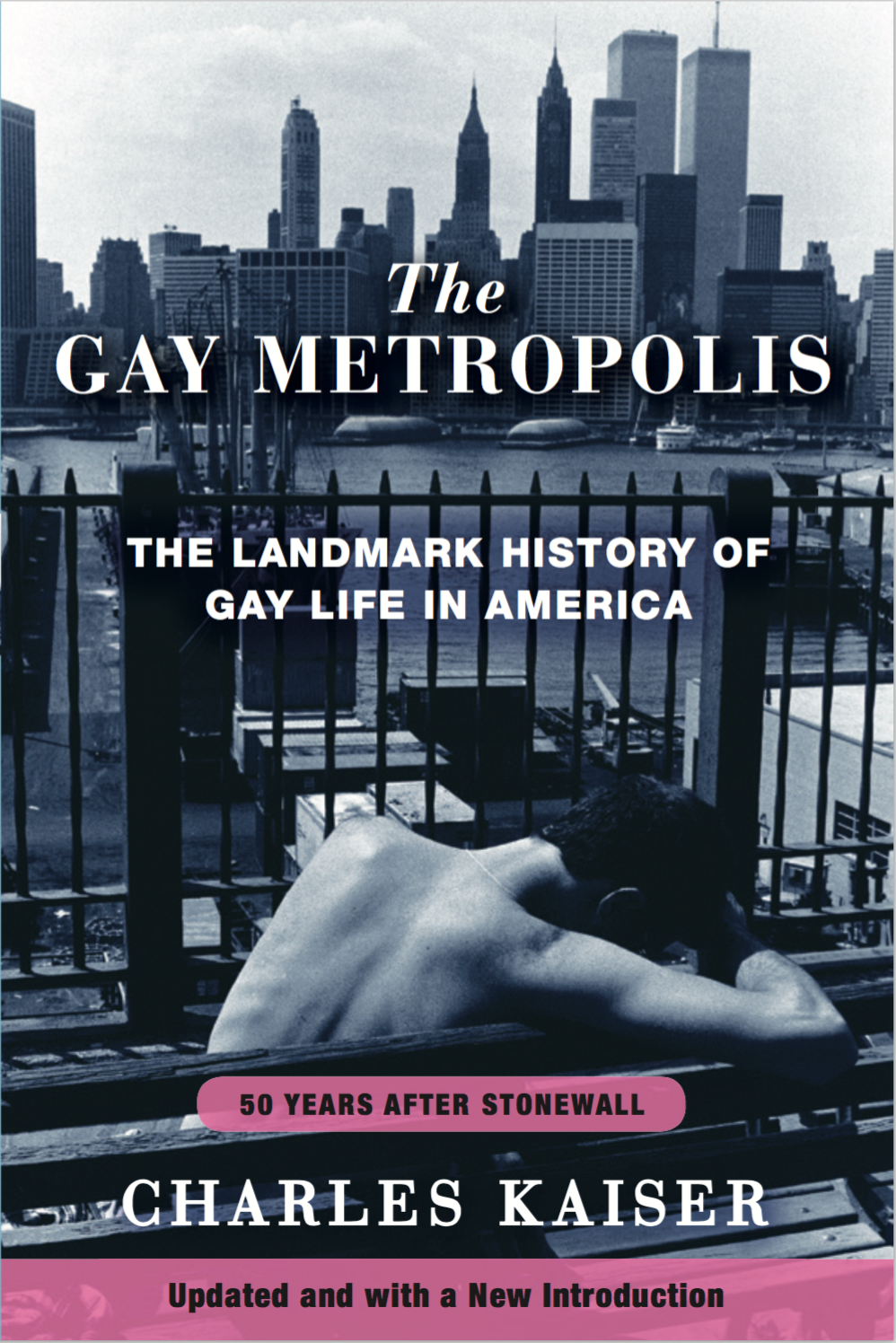 It’s a tale of transformation and triumph over adversity told by examining American film, music, and television. The story is sewn together by candid interviews with the people that lived through each unique era and includes an eclectic cast of characters: Leonard Bernstein, Alfred Hitchcock, John F. Kennedy, Ellen DeGeneres, and RuPaul, to name a few.

All of this, set against a background of bleak social and political realities that tried, but ultimately failed, to squash the liberties of gay Americans.

The opening chapter, covering the 1940s, provides intimate accounts of the experiences of those who were at home and abroad during World War II. As closeted wealthy gay socialites enjoyed a short stint of sexual freedom, albeit behind closed doors, working- and middle-class individuals had to stay in the dark. That is, unless they enlisted.

Kaiser refers to the Armed Forces at the time as “the great secret unwitting engine of gay liberation.” He explains how “the army gathered together all these people from small towns across America who think there’s nobody else like them…after the war, many of the gay veterans resettled together in their own neighborhoods in big cities across the country [which] eventually become the nuclei of the gay movement 25 years after the war.”

Gay veterans and civilians alike still faced oppressive legislation and societal pressure when they returned home, and the conservative decade that followed put a stop to any degree of sexual freedom enjoyed by the rich. According to Kaiser, “The 1950s [were] a reaction to the amount of public gayness there was in the 1940s…it started with Dwight Eisenhower signing an executive order right at the beginning of his administration in 1953 banning the employment of gay people by the federal government.” Despite this, the war connected gay individuals and proved, at least to the LGBTQ community, that they weren’t alone. This “coming out”, even if it’s just to other gay people proved to be invaluable. “It’s whatever increases people’s awareness of our existence, [that is] the essential building block toward progress,” Kaiser says.

“The author of The Homosexual in America said that if only all of us could come out at the same time, all over the world, what a difference that would make.”

The concept isn’t new. The first important book on this subject was written in the early 1950s, titled The Homosexual in America. Kaiser believes the book’s primary thesis still holds true: “Its author said that if only all of us could come out at the same time, all over the world, what a difference that would make.”

This notion of awareness extends to the pop cultural perception of gay Americans portrayed in the media. Kaiser draws a line from the ’50s where, he says, “There’s kind of a convention that anybody who is openly gay has to die before the end,” all the way up to the moment Joe Biden comes out in support of the marriage equality act by saying he thinks Will & Grace “did more to educate the American public more than almost anything anybody has done so far.”

But before Will & Grace, Brokeback Mountain, or Modern Family, it was one of the largest medical malpractice cases in U.S. history that ultimately served to humanize gay Americans. Kaiser explains, “The ’80s were the AIDS decade, which is both the worst thing, for the obvious reasons, and the best thing that ever happened for the movement… It compelled the movement to become more than it ever was before, and also creates a kind of empathy for gay people that never existed in this country.” He believes that “it brought the movement to a whole new level of organization that sets the stage for the progress that comes afterward.”

Despite recent political setbacks, Kaiser is optimistic about the road ahead. After finishing the new chapter on the modern era, he says he realized “more things have changed in the last 15 years than in all of the previous years of the movement put together…it’s the fruition of all the work that began in the early 1960s”.

As The Gay Metropolis flows from decade to decade, every setback serves only to push the movement forward. Kaiser believes that the story of the gay liberation movement “proves that you can not only imagine a completely different world, but you can create one within your own life time.”

L.A.’s Role in the LGBTQ Liberation Movement Takes the Spotlight in a New Doc