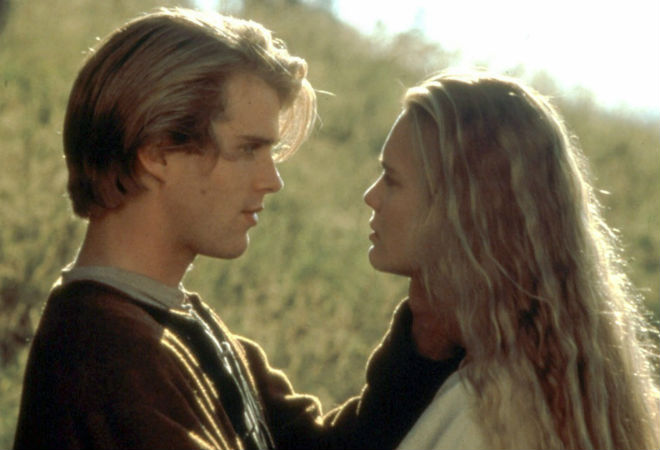 With all the Hollywood movies getting the Broadway treatment these past few years—Billy Elliot, The Lion King, Newsies—it’s easy to overlook all the silver screen options. (Then there are the screen-to-stage adaptations we’d rather forget; Spider-Man: Turn off the Dark, anyone?) Rumor has it that the 1987 action/comedy/drama/fantasy/romance (what genre does it not touch on?) The Princess Bride might be next. Although plans for a musical version written by The Light in the Piazza composer Adam Guettel were shelved in 2007, Disney Theatrical Productions has pressed the restart button. For those of us that watch The Princess Bride at least once a year, this could be better than a “dweam within a dweam.”

To move the process along, here are five songs that need to be in Princess Bride, The Musical.

1. “As You Wish”: How about be kick off the show on a romantic note as Buttercup and Westley duet their way into true love? We can hear the violins. Plus, it’ll make a perfect reprise when “Dread Pirate Roberts” reveals his secret identity.

2. “Inconceivable”:  Think “I Just Can’t Say No” from Oklahoma!—twangy, upbeat, and stubborn. This would be a great solo for Vizzini as he kidnaps Buttercup and sings about his infallible logic. We all know how it ends: “Death By Iocaine” in D flat.

3. “My Name is Inigo Montoya”: You killed my father. Prepare to belt. Our favorite leather-wearing, feather-bang flipping hero needs a ballad that he can croon while engaging in swordplay. The song could explain the origins of his thirst for revenge and should sound like one of the victory tunes from Les Mis.

4. “Mutton, Lettuce, and Tomato”: Every musical needs a love song. While resuscitating Westley, Miracle Max is overcome with emotion for his favorite sandwich. Imagine “Tonight” from West Side Story with lyrics about perky tomatoes.

5. “Marriage”: Well, actually, “Mawage.” There should probably be a gospel choir involved with this one. We also suggest hiring an “opewa-twained” singer for the role of The Impressive Clergyman, because this song has to be so powerful that it brings the house to “tearws.”

Bonus Song Ideas: “Dance of the Humperdink,” “Only Mostly Dead,” “The Big, Friendly Giant,” “Rodents of Unusual Size Have Feelings, Too,” and “Is This a Kissing Book?”

P.S. A quick message to the future team of artists assigned to this stage adaptation: If you ruin our favorite movie, this is how we’ll respond…