Home TV The First TV Show Made Entirely of GIFs 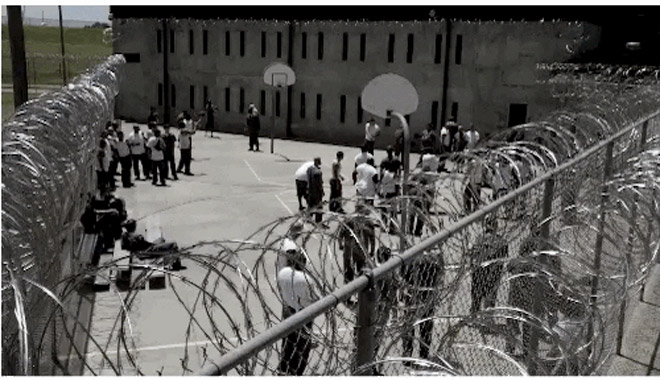 Whether you’re an obsessive Alan Ball fan or a devotee of resurrected 1990s technologies, you should know: The GIF is back. Once reserved for low-rent websites, it dominated pop culture in 2012, even being named Oxford’s 2012 Word of the Year. Now, it’s taking over TV screens — sort of. In collaboration with infotainment site Buzzfeed, Cinemax is offering the first-ever TV show presented entirely in GIFs. Banshee, created by True Blood and Six Feet Under mastermind Alan Ball, features plenty of action, sex and gore — albeit without vampires. Set in the eponymous Amish town in Pennsylvania, it revolves around an ex-convict and thief who masquerades as the new sheriff while committing a slew of crimes.

The premiere episode, which debuts tonight on Cinemax at 10 p.m., is also available online in GIF format divided into 12 pages (chapters) with roughly 15 GIFs per chapter. Utilizing both action and captioned GIFs, the story develops and flows like a regular TV show. You’ll never miss a “scene” but prepare to witness the same gruesome GIFs repeatedly before you get a chance to scroll down. (Imagine the famous pool scene in Death Becomes Her but with a palm-sized bullet hole instead.) See something you like? Check out more than 80 GIFs at the (what else?) “GIF shop.” Categories include Brawls & Fights and Casual Encounters, and each can be captioned and “GIFted” to friends through various social media. 2012’s hot trend shows no signs of slowing down in 2013.

Hit Woman: BuzzFeed’s Doree Shafrir on Why L.A. is the New Media Hub