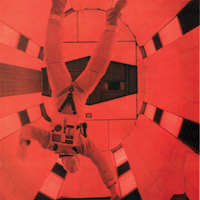 Priceless. That’s how most fans would describe the work of Stanley Kubrick, particularly as LACMA kicks off a six-month retrospective of the director’s career. Opening November 1 and running through June 2013, Stanley Kubrick is the largest collection of the filmmaker’s memorabilia ever to be displayed in the United States. Included are Weegee photographs taken on the set of Dr. Strangelove, an ape costume from 2001: A Space Odyssey, and the massive card catalog Kubrick used to research his unrealized Napoleon biopic.

These days you can quantify the value of his—and any great auteur’s—creative legacy. In fact, there’s an entire industry devoted to tracking Kubrick’s market value. According to Catherine Williamson, the director of entertainment memorabilia, books, and manuscripts at Bonhams’s L.A. branch, Kubrick hits a pop culture sweet spot: commercial (though not blockbuster) and critical success combined with iconic imagery and props that are almost never sold to the public. “His items are a rarity, so when they are made available, they tend to sell,” says Williamson.

Here she shares details of a few key pieces that have gone to auction and how much they’ve earned:

Bowler hat
A Clockwork Orange
The signature Droog chapeau was purchased for a gobsmacking $8,000.

Eye of HAL 9000
2001: A Space Odyssey
The self-aware computer’s fish-eye lens, which provided his view on the world, fetched more than $28,000. And HAL didn’t even try to murder the auctioneer.