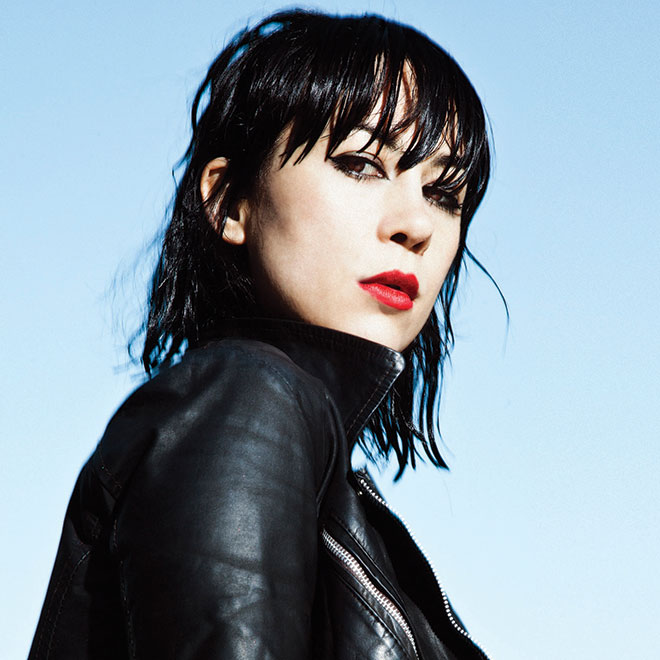 The noirish rockers Dum Dum Girls got their start in grungy venues like the Echo and the Smell, but it was at the Chateau Marmont where front woman and songwriter Dee Dee Penny confronted her demons. “I felt a bit like a princess, locked away with some loneliness and a bottle of wine,” she says of her songwriting stint at the West Hollywood hotel.

Now based in Manhattan, the 30-year-old former Angeleno had returned home to write tracks for what would become the band’s third studio album, Too True, out this month. “It was very honest, all walls down at that point,” she says. When the foursome plays the Echo on January 28, it will be led by kohl-eyed Penny, who founded the band as a solo project in 2008.

Their jangly, stripped-down sound helped usher in the resurgence of carefree beach rock; then the death of Penny’s mother darkened the group’s sunny disposition. Too True is a dreamy and intense confessional that mixes mopey Siouxsie Sioux flourishes from the ’80s with ’60s girl-group swagger. The intergenerational juxtaposition was no accident. Penny says she holed up at Hollywood’s EastWest Studios, “in the same room where [the Beach Boys’] Pet Sounds came to be.” The result is a collection of gauzy tunes with just enough grit to give them resonance.

Siouxsie and the Banshees
The Scream (1978)
Queen of goth Siouxsie Sioux’s debut album launched a thousand imitators as it solidified her vocal style: powerful enough to move mountains but fragile enough to convey intimacy.

Cocteau Twins
Heaven or Las Vegas (1990)
The lithe vocals of Elizabeth Fraser float above the searing guitars and sweeping  synths of this starward-looking outfit. Since disbanding in 1997, the Scottish trio’s influence has only grown.

David Lynch
The Big Dream (2013)
The auteur began releasing his own albums two years ago, and his collaborations with producer Dean Hurley have created twisted soundscapes that are just as immersive and surreal as his movies.