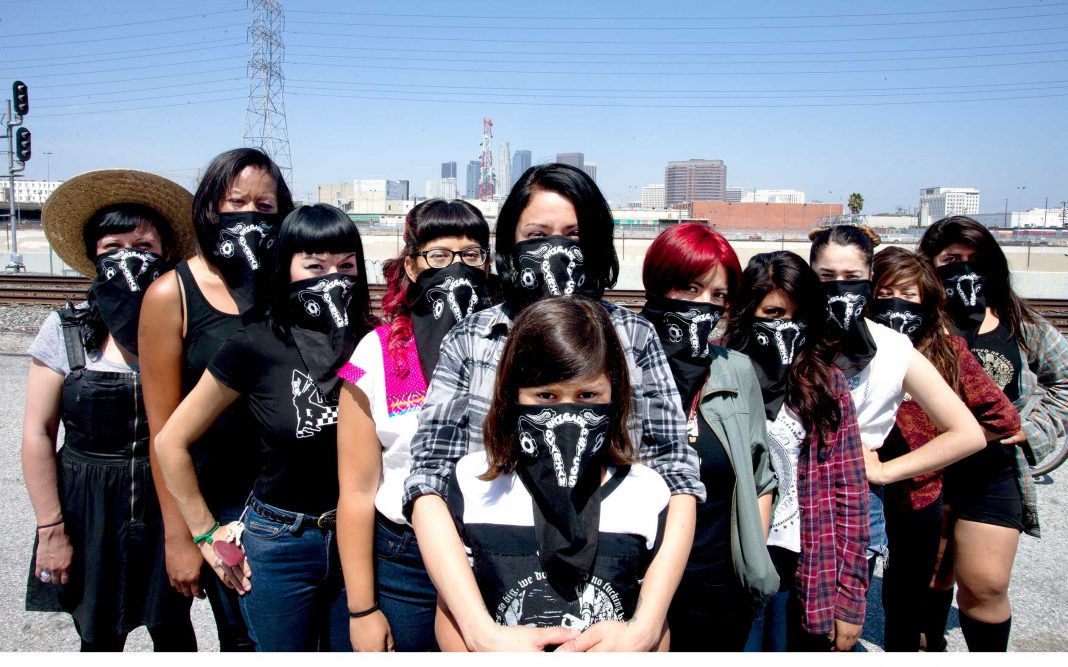 “There’s strength in numbers,” says Xela de la X, a mother, poet M.C., and founder of the Ovarian Psycos Cycle Brigade. “When you’re riding by yourself, yeah, it feels good, but when you’re riding with a group of women it feels like ‘Damn, I’m supported. I got backup.’”

That’s the idea behind the Ovarian Psycos—a group of women who ride their bikes through streets of East L.A. at night, fighting back against stereotypes and violence directed at women of color. The collective consists of 13 core members, all of whom are Latina and from East L.A.

A feature-length documentary, directed and produced by Joanna Sokolowski & Kate Trumbull-LaValle, tells the story of the Ovas, focusing on the lives of de la X and two other riders—street artist and original Ovarian Psyco Andi Xoch, and new recruit Evie.

Last year, when the film premiered at SXSW, Xela de la X shared her hopes about the documentary with LAmag.com: “Ideally, the film should serve as a blueprint of sorts, a very raw model for other folx hanging from the margins that also refuse to just surrender.”

The film premieres on Independent Lens on Monday, March 27 and will be available online beginning March 28. Watch an exclusive clip below:

6 Things You Need to Know About East L.A.’s Ovarian Psycos