Home TV If The Favourite Is Any Indication, Olivia Colman Is Going to Rule... 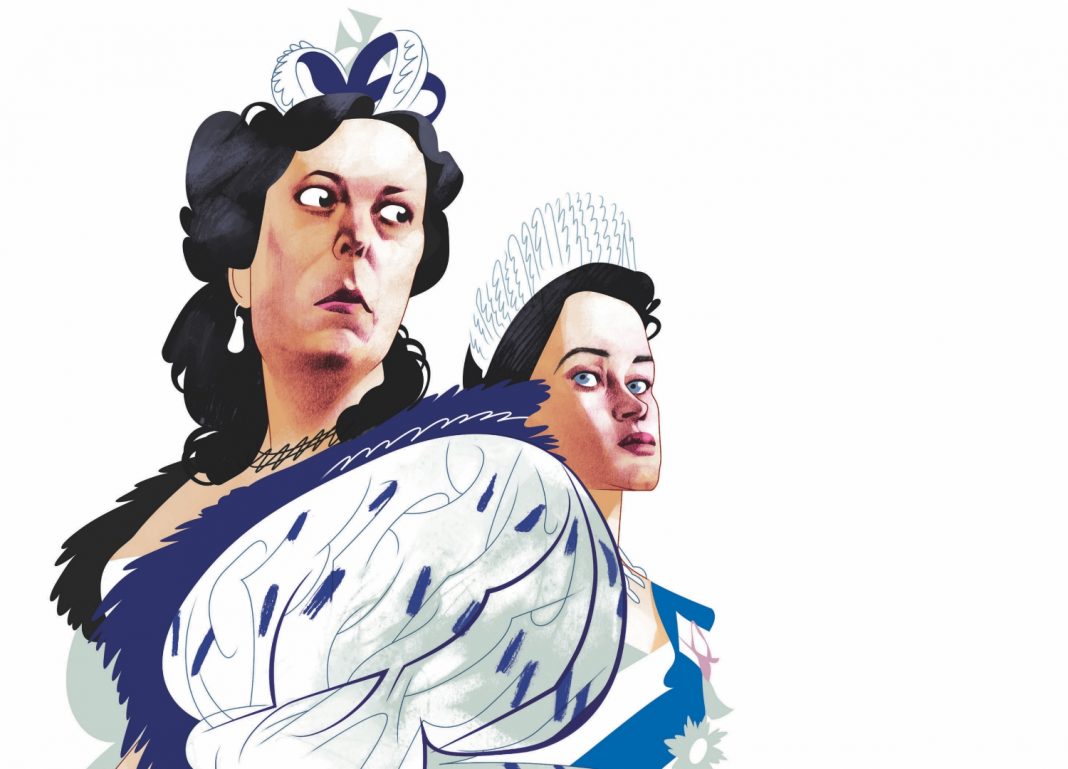 If you’re not convinced by the state of our politics, the state of our culture will confirm what others have noted for decades: Americans not only have an uneasy relationship with our own democracy but also secretly yearn for the monarchy we rejected a couple of centuries ago.

Continuing a love affair with English aristocracy as manifested by the long embrace of Upstairs Downstairs, Brideshead Revisited, and Downton Abbey, domestic audiences have gone full sovereign with The Crown, the ongoing Netflix series about the current queen who’s reigned so long as to already be the stuff of history. Ever since The Crown’s second season ended more than a year ago, the show’s fans have been miffed by the presumption that anyone can fill the royal slippers of Claire Foy, who played the younger Elizabeth II, and while such zealotry is unlikely to be mollified, what must they make of Olivia Colman—Foy’s season 3 replacement—in The Favourite?

Colman plays another British queen, the early-18th century’s Anne, in the recent picture from Greek surrealist Yorgos Lanthimos, whose earlier endeavor The Lobster was about a dystopia of the romantically disenfranchised where people who couldn’t find love were transformed into the animal of their choice. In The Favourite Anne replaces all of her 17 children, none of whom survived birth, with rabbits that freely roam the royal bedchamber. Pitiably childlike one moment, lasciviously and bat-guano loony the next, this lonely ruler is a far cry from the steelier Queen Mother (Elizabeth II’s mum) whom Colman portrayed seven years ago in Hyde Park on Hudson, opposite Bill Murray’s FDR.

In other words, when it comes to crowns (including the one in The Crown), everyone should relax. Having already run the gamut on royalty, Colman will have matters well in hand when she becomes the medium of Elizabeth II’s middle years. She’s also demonstrated an expertise for wounded authority figures elsewhere: After breaking through 15 years ago in the sitcom Peep Show—where Brits yet again displayed their mastery of comedy at its most cringeworthy, à la the original version of The Office—Colman made her mark as a police sergeant in the dramatic series Broadchurch, a mystery diabolical enough that it took me four episodes instead of the usual two to figure out what was revealed in eight. (If you’ve ever been in the business of writing plot twists yourself, you learn fast that seemingly superfluous dinner scenes, for instance, are stuck in for a reason.) By the second season of Broadchurch, Colman’s detective was the show’s conscience when we really needed one in order to weather a series that wasn’t satisfied with anything less than ripping our guts out. The audience required a character it could rely on, forged of tragedy and integrity in equal measure, and what was haunting about Colman was how all her authority coleading a homicide investigation was useless when it came to protecting herself from everyone she relied on. Other than the actual murder victim, she wound up the biggest victim of all.

Whether as a determined if disgruntled sleuth or as the cute crush in Peep Show, Colman has pretty much owned whatever scene she’s in, even opposite Broadchurch costar David Tennant (who was coming off a stint as the most popular Doctor Who ever). Great actors, especially those stage-trained in England (and we may now safely regard Colman as one of today’s greatest) never play a comedic or dramatic role per se; rather, they tend to play a role as true to the character, its humor or sorrow dictated by the context and material. Colman’s Queen Anne in The Favourite is both the world’s most powerful woman and one of its most miserable. As it happens, Claire Foy also played a Queen Anne, albeit an altogether different one, a few years ago in yet another BBC series, Wolf Hall; you might almost conclude the cosmos is getting heavy-handed in its synchronicities if it wasn’t more a matter of England just having had a few too many queens Anne and Elizabeth. Half a generation younger than Colman, Foy often is as inscrutable onscreen as Colman is irrepressible. Taking nothing away from her First Man costar Ryan Gosling, and excepting the film’s palpable claustrophobia of being shot beyond the ether in a glorified bucket, Foy’s slow-burning fret—and the psychological exhaustion of waiting for husband Neil Armstrong to place man’s first footprint on the moon or die trying—is what you remember about Damien Chazelle’s space-travel blockbuster.

Foy also was in this past season’s The Girl in the Spider’s Web, and while it’s a bit of a stretch to say she and Colman switched roles, queen for crime-fighter and vice versa, the Lisbeth Salander of The Girl With the Dragon Tattoo now metes out justice to abusive husbands—if not as a policewoman, then as a vigilante—in a picture that took flight from your mind the moment you left the theater. An impressively bad­ass Foy and her irresistible emotional recesses were the only things really convincing about Spider’s Web, which meant to turn Salander into part superhero, part 007, and all franchise; in the new one she even has a bat cave, or a dragon cave, or something—an old abandoned tower that anyone can see from 50 kilometers away but never thinks to look inside. In a strange way, to root for the film’s failure was to root for Foy’s future, not in the sense of dooming her to play queens and suffering housewives forever but instead freeing her to tackle English projects that have going for them what those in America don’t: something called writing as well as the sense that movies are for the ears and mind and the eyes and viscera.

Only if you don’t pay close attention to how these things work (which is to say you have a life), it might appear coincidental that two English actresses who happen to be playing the same character in the same TV series are each having a moment at the same time. Both Foy and Colman are likely to become Oscar nominees in the next few weeks; in the same way that Americans get inexplicably besotted by English royalty, they’re also rendered more explicably rapt by the cachet of English acting, with all those centuries of Shakespeare for the country’s actors to steep themselves in. That doesn’t alter, however, whatever degree of inspiration one can take from two women longer on dedication than glamour going further on talent than hype. Given the state of our United States, both political and cultural, it might almost make one wish to be colonized again—if the motherland weren’t having its own problems these days that even a queen can’t sort out. Speaking of which, once Colman abdicates The Crown as Foy has done, the show’s creators plan on an altogether new incarnation for Elizabeth II in the series’ last two seasons. Whoever that heir to the throne winds up being, watch out.

RELATED: An Inside Look at the New (and True) L.A. Noir, I Am the Night