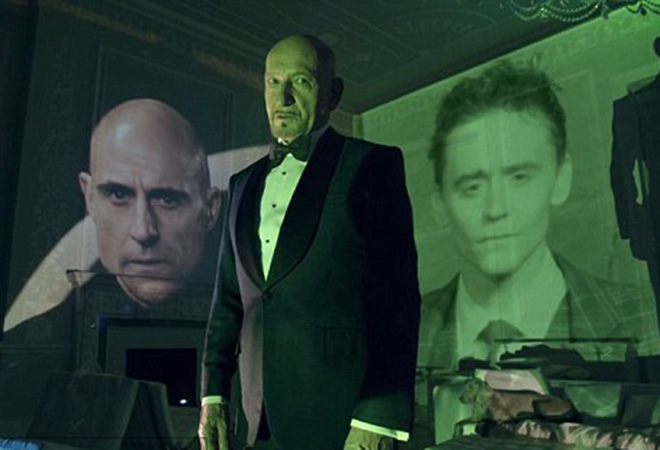 For those who are uninterested in the Super Bowl—and in the case of yesterday’s 43-8 blowout, even for those who are—it’s not the game that you’re watching, it’s the commercials. Sadly, this year’s ads were as lackluster as the game itself.

Unlike all other commercials, Super Bowl ads strive (sometimes desperately) to transcend the form, hoping to become 30- or 60-second sensations. Their creators want them to be the wittiest, grandest, and most heart-rending ads on all of television. They’re hyped for weeks in advance and, in the case of the good ones, discussed for weeks afterward. Not so much this year. For those relying on the ads of the 2014 Super Bowl to keep them entertained, there’s not much to talk about. Here are the three best.

Dannon Oikos Greek Yoghurt reunited the cast of Full House for an amusing ad. Klutzy uncle Jesse (you may know him as John Stamos) can’t stop dribbling yogurt on himself. Is he doing it on purpose because the beautiful lady beside him is kissing him clean? Hmmmm. When he drops yogurt in his lap, it looks like we’re about to see another typically sexy commercial, until Bob Saget and Dave Coulier enter the room, cleaning supplies in hand, and order Stamos to remove his pants. “She wasn’t good for us anyway,” Saget says as the woman storms out.
Length: 30 seconds
When: 4th quarter
Star Power: John Stamos, Dave Coulier, Bob Saget
Pathos: humor, nostalgia

Jaguar took a different approach to selling its new F-Type Coupe. The ad gathers together three of cinema’s most prominent British bad guys: Ben Kingsley (gangster Don Logan in Sexy Beast and the nefarious Trevor Slattery in Iron Man 3), Tom Hiddleston (Loki in Thor and The Avengers), and Mark Strong (who plays the heavy in Sherlock Holmes and Green Lantern). Kingsley opens the ad with a question of the highest philosophical importance: “Have you ever noticed that in Hollywood movies all the villains are played by Brits?” As Kingsley and Hiddleston muse on the villainy of British actors, Strong hops into a Jaguar and blazes through the streets of London. The commercial was funny and intensely cinematic.
Length: 60 seconds
Star Power: Ben Kingsley, Tom Hiddleston, Mark Strong
Pathos: inspiration, humor, humour

Kia extracted Morpheus from The Matrix and turned him into a valet. When a well-dressed couple asks him to retrieve their cars, he offers two sets of keys: one red, the other blue. One set of keys represents—you guessed it—the Truth. As the lovers cruise away in their brand new Kia K900, Morpheus materializes in their back seat. “This is what luxury looks like,” he says, referring to the car’s interior. “And this,” he says, removing a pitch pipe from his coat, “is what it sounds like.” Laurence Fishburne then bellows a mournful tune from Puccini’s opera Turandot. As he sings, the rest of the world begins to destruct. Why? Why not? This was one of the few commercials where everyone I watched the Superbowl with went silent.
Length: 60 seconds
Star Power: Laurence Fishburne
Pathos: humor, music, envy of luxury, general weirdness

A few other ads earned chuckles and/or the beginnings of a tear: Axe’s “Make Love Not War,” “Time Machine” from Doritos, and Budweiser’s “Puppy Love.” And some were just plain puzzling. Scientology opted to purchase airtime for its ambiguous “Spiritual Technology” ad. Perhaps next year we’ll see the Pope in the halftime show.