Home Uncategorized The Church on York is in Trouble 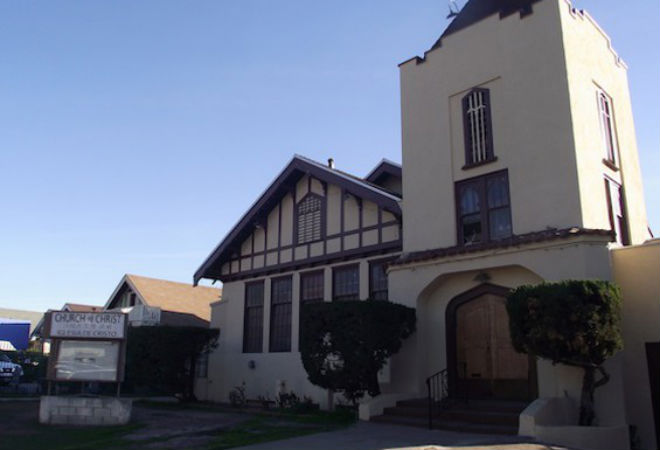 Late last year the Church on York Boulevard opened in Highland Park. The new music and arts venue fit neatly into the urban renewal project the neighborhood has been undergoing the last few years. It was the brainchild of former music industry publicist Graeme Flegenheimer (known as Baby Gatsby), whose vision for the old church included turning it into a community center with music classes for local kids, AA meetings, concerts, and art exhibitions. Now, that vision is in trouble.

On Friday the Los Angeles Times reported that the Department of City Planning had concluded that the Church on York has been conducting concerts illegally. According to the story, city regulators claim that concerts have been staged without proper documentation from the city, and that only five so-called special permits were issued to the venue last year. The news puts the venue’s busy concert schedule for the next few months in jeopardy

This past weekend the Church on York had been planning to host a two day mini-festival showcasing bands like Ice Age and Lower from the Danish punk underground. As a result of the city’s decision, the show had to be moved to Los Globos in Silver Lake (another venue that has butted heads with city regulators).

Concerns over the venue’s lack of parking facilities and accusations of alcohol sales without proper licensing were also cited as reasons for the permit rejection. Flegenheimer has said that he will keep fighting for the venue’s survival and that he is in talks with other L.A. venues such as the Echo/Echoplex where he hopes to move concerts that are already booked. Whether or not the Church on York will be open for business anytime soon remains to be seen.

We reached out to Flegenheimer but he declined to comment on the matter.