Home Uncategorized ‘The Bling Ring’ Book: a Primer on Fame and a Warning about... 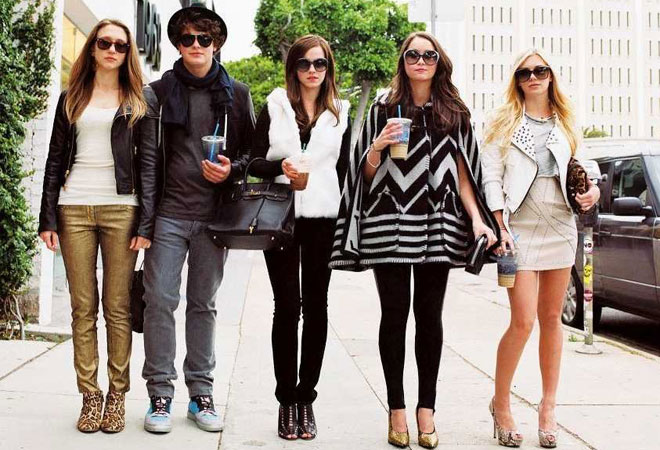 Obsessed with fame, wealth, status, and popularity, they weren’t so different from teenagers anywhere else. Except that they grew up in Los Angeles. The city offered proximity to their idols; technology did the rest. But this group of Valley teens didn’t merely follow the exploits of celebrities so they could ape their fashions and lifestyles, they tracked them on social media so that they could break into their homes.

A potent mix of greed, ambition, and self-delusion, the real-life escapades of the “Bling Ring” were catnip to gossip sites. Nancy Jo Sales chronicled them in a 2010 Vanity Fair story that was the basis for the Sofia Coppola’s movie that comes out on June 14. Sales also expanded her original article into a book, The Bling Ring, which comes out today. (Here’s an excerpt from the first chapter.) While Coppola’s movie is an impressionistic interpretation of the events, Sales offers a salacious non-fiction account based on independent research, court testimony, and interviews with some of the defendants and their lawyers.

Most members of the Bling Ring lived in Calabasas and attended Indian Hills High School, while the celebs whose homes they ransacked – Paris Hilton, Lindsay Lohan, Rachel Bilson, and Audrina Patridge, among others – lived in exclusive sections of Sherman Oaks, Los Feliz, and the Hollywood Hills. For parents who worry about their children absorbing the values of the entertainment industry, this is a nightmare come to life. The Bling Ringers (like so many others of their generation) spent their idle youths watching people become famous for behaving badly.

The story is captivating from both a sociological perspective and a purely voyeuristic one, and Sales makes the case that these crimes embody a cultural zeitgeist: the moment when reality television and Twitter officially made celebrities so accessible that a gaggle of teenagers felt entitled to waltz into their homes. Some of the thieves believed they were on the brink of becoming reality stars themselves. (One, Alexis Neiers, was actually in the midst of shooting an E! reality series, Pretty Wild.) Even if you agree with Sales’ analysis, it still feels like purchasing this book is buying into a culture that simultaneously worships and ridicules human trainwrecks.

Those made queasy by the spin of the notoriety/fame continuum might want sit this one out. Those who are intrigued by the intersection of superficiality and desire will be fascinated. The Bling Ring captures a moment in time; the question is whether it will propagate more desperate moments.