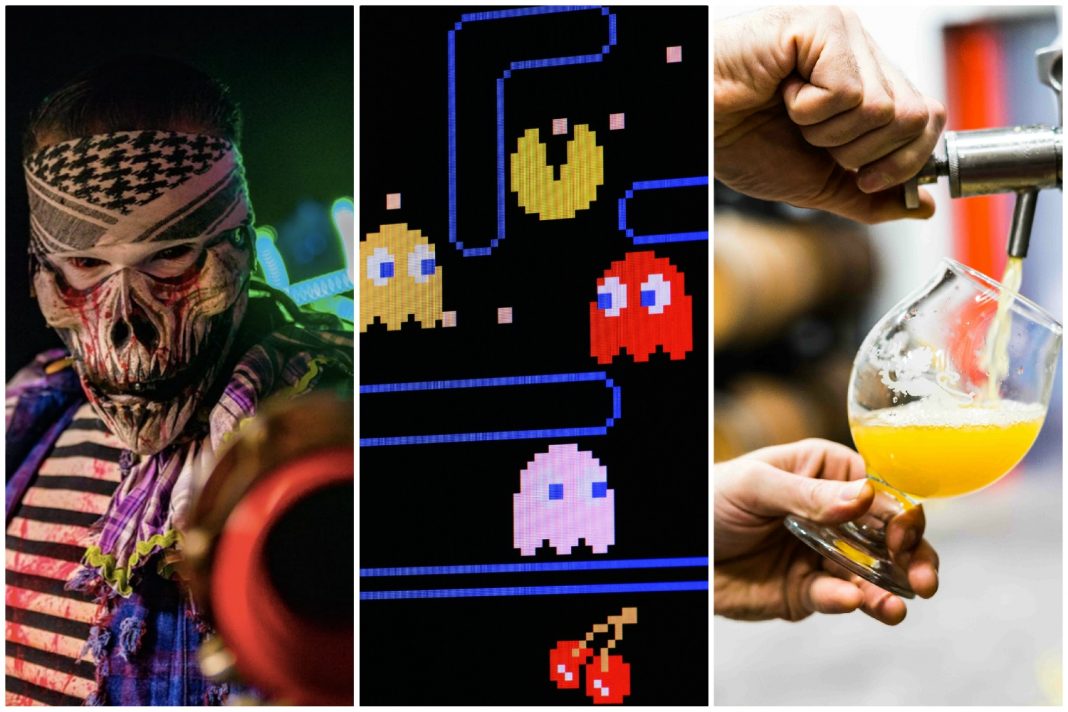 It may not feel like it, but fall is finally here, and we’re starting to get stoked for spooky season. On our list of best bets for the weekend? Genre films, a beer fest, Mexican food, and more.

Dark Harbor at the Queen Mary

Whether or not you believe the Queen Mary is actually haunted, there’s no doubt you’ll see some spooky stuff at this annual Halloween attraction. The scale might be the largest of any haunt in town, with 200 different monsters and ghosts in six different mazes (a new one this year has a drowning-ship theme), plus secret chambers, a 4D “panic experience,” a haunted hookah lounge, live entertainment, hidden bars, rides, and more. You can even book a stateroom to stay on the ship overnight.

L.A.’s biggest and best genre fest returns to the Egyptian for another year of premieres and repertory screenings sure to make you scream. The West Coast premiere of Jojo Rabbit sold out fast, but there are still tickets available for lots of fun screenings this weekend, including Killer Crocodile, the U.S. premiere L.A.-set housing horror 1BR, and Little Monsters (not the Fred Savage one) with Josh Gad in attendance.

Get ready to read, dream, and celebrate with la familia in two languages. Los Angeles Libros Festival at the Central Library is a free book festival that celebrates Latin-American oral traditions, and will feature stories and music from Mexico, Guatemala, El Salvador, Colombia, and the United States. Attendees can expect performances and readings from 123 Andres, Yesika Salgado, Omar y Argelia, and more.

Eighty breweries big (Guinness) and small (Frogtown Brewery) sling 200 beers at this weekend’s L.A. Beer Festival. Besides the suds, the fest has live music, a food truck alley, and a dueling piano bar.

Mexico in a Bottle: South to North

Drink and eat your way through Mexico at LA Plaza de Cultura y Artes. Mexico in a Bottle: South to North will take guests on a journey of Mexico’s alcoholic beverages and spirits, including sotol, raicilla, pox, bacanora, charanda, as well as Mexican craft beers and more. Aside from the vast selection of drinks, guests will also be able to chow down on an assortment of delicious Mexican dishes.

RELATED: Get Spooked with 24 of the Best Halloween Events in L.A.