Home Uncategorized The Best Things in Life are Free, Like This Weekend’s “Writing California”... 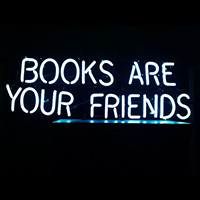 If you’re a fan of the thriving book culture in Los Angeles (or if you’re still laboring under the delusion that this isn’t a literary town), Tales From Two Cities: Writing California is the event for you. After launching in San Francisco in October, the second installment of the series hits L.A. this weekend.

Kicking off tonight with a conversation between novelists Attica Locke and Walter Mosley, the three-day confab aims to examine the literature of California. Throughout the weekend the Los Angeles Public Library will host discussions, readings, and panels (all free!) culminating on Saturday afternoon with a bus tour of Raymond Chandler’s L.A. led by biographer Judith Freeman and crime writer Richard Rayner.

Can’t make it out for any of the events? The entire conference will be streamed live on FORA TV.