Home Uncategorized The Best Music Books to Give Someone Who Would Never Buy A... 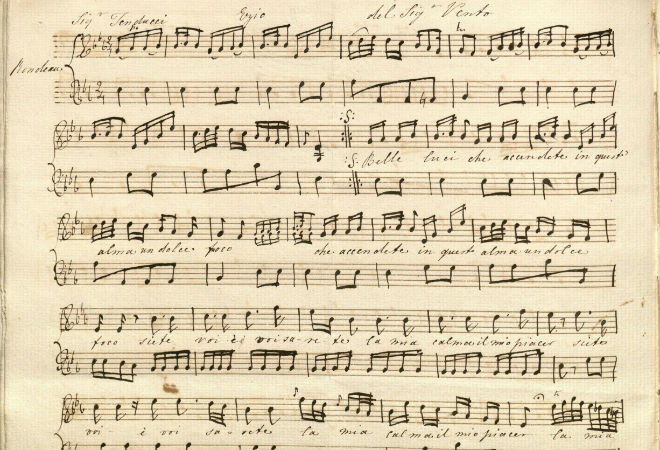 Sometimes we give people the gifts they want; sometimes we give them the gifts we think they need. Maybe you have a friend who doesn’t know much about music, isn’t inspired to push their boundaries, and probably wouldn’t buy a music book on their own. But you want to get them a music book anyway. You’re in luck. Beyond the stately biographies, trashy tell-alls, and “remember when” critical panoramas, 2013 was a banner year for “gateway” music books. Here’s a short list of tomes to tickle your Gnostic friends’ fancies.

FOR THE D.I.Y. CRAFTER
With all the blogs and websites dedicated to cataloguing terrible album covers released by outsiders who never got close to the flame of fame, there’s no reason for this book to exist, much less in a sumptuous coffee-table incarnation that costs $65. Which automatically makes Enjoy The Experience: Homemade Records 1958-1992 the greatest music book of 2013. Why would someone want to flip through this? Schadenfreude. Enjoy 512 pages of failed human endeavor featurng nearly 1,200 “vanity press” albums released by creative souls way, WAY outside the music business bubble: supper-club organists, high-school marching bands, husband and wife gospel duos, regional heartthrobs, Partridge Family knockoffs (cult faves The Shaggs receive a lavish bio treatment here), would-be psychedelic gurus, angry reactionaries, and living-room crooners. The volume comes with a card that allows readers to download songs from these records. More interesting is the 7-inch single with instructions on how to put out your own album, which your friend could utilize to record their own soon-to-be-ignored-classic.

FOR THE HARD TO IMPRESS
Alan Rusbridger’s Play It Again: An Amateur Against The Impossible offers a different take on musical amateurism along the lines of “Can a middle-aged editor for The Guardian learn a famously difficult Chopin piano concerto from scratch by practicing for twenty minutes every day for one year?” Before you respond, “Who cares?” remember that Rusbridger tried this stunt during a year when he worked a 24-hour news cycle while covering the Wikileaks scandal, the Japanese tsunami, Rupert Murdoch’s phone-hacking scandal, the Arab Spring, riots in Great Britain, and the killing of Osama Bin Laden. (Rusbridger just testified in the case of NSA whistleblower Edward Snowden.)

FOR THE SUBCULTURE VULTURE
For those who are drawn to musical subcultures, Pitchfork scribe Nathan Rabin mashes up two doozies, jam band Phish and shock-rappers Insane Clown Posse, in You Don’t Know Me But You Don’t Like Me, his anthropological study/memoir on obsessive fandom. Rabin picked these bands for because both are so reviled: Phish for its excessive, Grateful Deadly noodlings and ICP for its nihilist poseur-dom and awful music. By infiltrating their legions of rabid and loyal fans and trying to understand them on their own terms, Rabin paves the way for a more universal appreciation of the need for community.

FOR THE POLLYANNA
In Stacy Horn’s Imperfect Harmony: Finding Happiness Singing With Others, a woman sings for 30 years in a church choir without actually being religious. Her reason sets the stage for a wider meditation on people singing in groups for camaraderie as well as for healing. (The book begins in 1919 with the forming of a town choir in response to a horrific mining disaster in Wilkes-Barre, Pennsylvania.) Horn also plumbs the four-century history of choral pieces and their composers like Mozart, Brahms and Handel. In their own way, both You Don’t Know Me and Imperfect Harmony might soften the hater’s heart.

FOR THE TEARJERKER
Music is the backdrop and not the central focus of these two often harrowing memoirs. In Low Down: Junk, Jazz And Other Fairy Tales From Childhood, originally published in 2003 but reissued this year by Tin House Books, Amy Jo Albany details in haiku-spare prose her chaotic life growing up as the daughter of bebop pianist Joe Albany, who played with (and was admired by) Charlie Parker but for the most of his life carried a scorching heroin habit. Any romanticized notions of the hepcat life are blown away by Albany’s graphic depictions of junkie decrepitude and jazzbo irresponsibility as when she recounts a possibly stoned Dizzy Gillespie dropping her on her head when she was a baby. In The Train In The Night: A Story Of Music And Loss, music journalist Nick Coleman chronicles his middle-aged hearing loss thanks to the effects of the vaunted “club disease” known as tinnitus, which has also claimed the eardrums of Pete Townshend, Moby, and Lars Urlich. Thanks to his condition, in which listening to music sometimes literally causes him to vomit, Coleman’s massive record collection is transformed from a world of treats and wonders to a useless monolith of ear-torture. “I began to treasure the thought as well as the actuality of silence,” Coleman writes.

FOR THE SECRET SCIENTIST
In these sciencey books, music is a vital but tangential presence that arose out of the noises of nature and was in part an attempt by primitive societies to imitate the sounds of the earth. (Cave-groupies came later.) David Rothenburg’s breezy Bug Music: How Insects Gave Us Rhythm And Noise posits the insects as the earth’s first performing musicians; the author, a saxophonist, evens takes his instrument out to a field to jam with an orchestra of cicadas. Douglas Kahn’s Earth Sound Earth Signal: Energies And Earth Magnitude In The Arts and David Hendy’s Noise: A Human History Of Sound And Listening might be catalogued under a more recent development in the study of sound. “Archaeocoustics” (a.k.a. “sensory history”) considers everything from the roar of the crowds in ancient Rome, and the Aeolian sounds made by wind blowing through telegraph wires (which inspired Ralph Waldo Emerson) to the continuous white noise of the 24-hour media cycle. “To trace the story of sound,” notes Hendy, “is to tell the story of how we learned to overcome our fears about the natural world.”