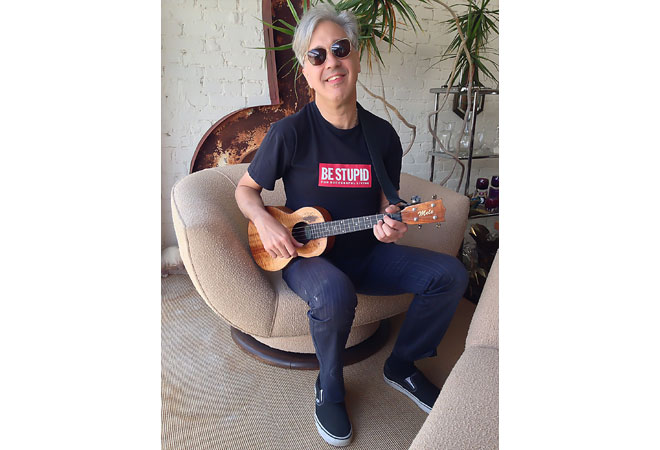 The ukulele and the Beatles may sound like an odd pairing; for an aficionado of the four-stringed instrument such as music producer Roger McEvoy Greenawalt, it’s a match made in heaven.

In January 2009 Greenawalt and music producer David Barratt began an ambitious project recording and releasing one of the 185 original Beatles tracks on the ukulele. Greenawalt, along with guest artists, also performed the songs live in two six-hour sets at a Brooklyn concert hall.

This Thursday he’s bringing a condensed version of the show to Los Globos in Silver Lake. A benefit for Sean Penn’s J/P Haitian Relief Organization the Beatles 50 Greatest Hits will feature celebrity guests like Alain Johannes (Sound City Players, Queens Of The Stone Age), Ukulele Ray, and The Pierces.

Greenawalt, a Brooklyn native, started playing the ukulele in 2011 after the 9/11 attacks. He found solace in the music eventually combining his newfound passion with music from “the best band.”

“For the last three years I have literally begun carrying my ukulele with me everywhere I go — literally everywhere, walking and strumming. It’s become my identity,” said Greenawalt. “I am never bored and I am always putting a smile on a stranger’s face.”

Find Your Groove at These Themed Dance Nights Around L.A.