Home Uncategorized The Bachelor Recap: The Women Tell All 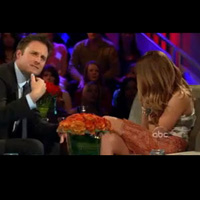 Last night, Bachelor host Chris Harrison welcomed back the most memorable women of The Bachelor: Season 15. Some of which looked vaguely familiar. Michelle sobbed. Jackie cursed. Rachel gave herself whiplash shaking her head to and fro in disbelief. The most shocking thing about last night’s The Bachelor: The Women Tell All: Chris Harrison didn’t bill it as “The Most Shocking Tell All.”

Like that could stop us from digging for the dirt gold. Here’s what we learned:

There is “An Entire Nation” of Former Cast Members (Over 500 Strong and Counting)
According to Chris Harrison, “they all stay in touch, hook up, marry each other, and get together for the craziest parties ever.” In THAT order?! Oh God. Has anyone warned Brad’s therapist?

26-Year-Old Ashley S. Isn’t Going to End Up An Old Maid After All!
“After this, I know that perfect guy is out there for me,” she said.
We slept really, really well last night.

Chris Harrison Can Read Your Heart
“I hate to break it to you,” he tells Ashley H., “but you were in love.” Coolest party trick ever.

There is a Difference Between Regret and Regret…
Example A
Michelle: “I left my daughter. And I think I feel guilty for that, you know? And…I don’t know. I still feel like I shouldn’t have done that. I shouldn’t have left her.”
Chris: “Do you regret doing it at all?”
Michelle: “No. I had such an amazing time.”

…And Things May Not Have Been Different Had Things Been Different
Chris: “Do you think things could have worked out had things been different?”
Brad: “I can’t answer that.”
Wrap your head around that, Chris Nolan.

There’s a Moral!
“The moral,” says Ashley S., “is do not act like [a crazy, onion pizza-eating, fight-provoking drama queen] in front of a guy. There’s nothing more unattractive.”

And Finally, A Naked Man May or May Not Appear in Next Week’s Season Finale
But we’ll definitely see you the morning after!