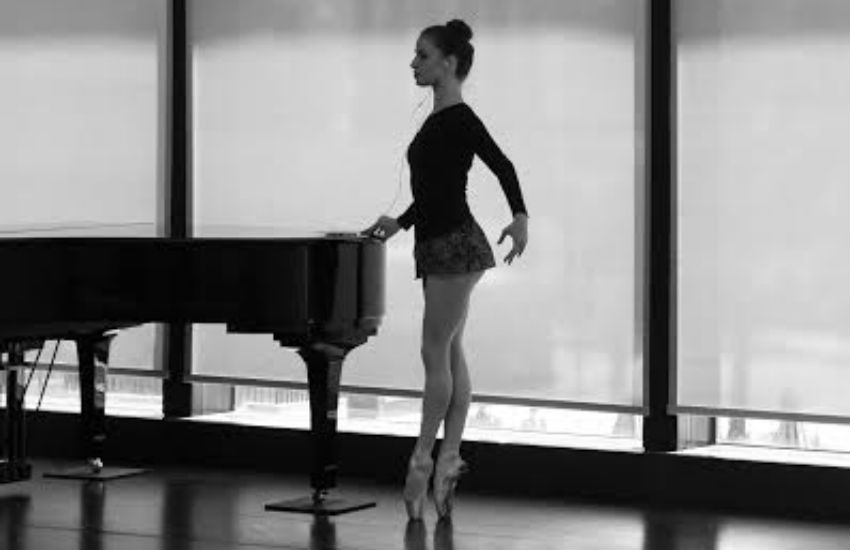 Lincoln Jones, the artistic director of American Contemporary Ballet, consistently leaves audiences with a deeper understanding of dance. His approach—put on a show and articulate what the spectacle is all about—is a mix of live performance and grad school seminar, without the fuddy-duddy professor.

His L.A.-based company enters its fourth season this weekend, March 21-22, with DANCE+DESIGN I, a program that examines “The Language of Dance” through George Balanchine’s Raymonda Variations, focusing on the female solo. Jones will give an informal talk, and his dancers will illustrate the topic at hand. This time they’re appearing at a new venue, the home of Gensler architects on Figueroa Street downtown. Don’t expect a traditional stage; instead plan to be seated on the same level as the dancers, with two stories of glass behind them overlooking the city.

We spoke with Jones just after he finished ACB’s annual auditions in New York and Los Angeles, where he discovered “some nice new talent.”

Generally we think of “language” as spoken. How will you explain that dance has a language through movement, rhythm, and other forms of expression?
Lincoln Jones: George Balanchine, who choreographed the work we’ll see on the program, said, “Ballet will speak for itself. About itself.” We definitely should not look in it for some kind of literal message or attempt to translate it in some way. Dance is a language, but one that operates in space and time, in form and rhythm. I think it is a language everyone should learn, because like music, learning it opens up new dimensions of thought and allows you to see beauty with greater scope.

The thing is, ballet isn’t a foreign language. I think what people will find is that the program will open their eyes to what they are already seeing, as counterintuitive as that may sound. Once you get away from the idea of trying to discern a hidden meaning, you can really start to see the dance. Balanchine also said, “When you have a garden full of pretty flowers, you don’t demand of them, ‘What do you mean?’”

Why did you select his Raymonda Variations, focusing on the female solo? How does the choreography allow dance to “speak”?
LJ: If we are considering dance as a language, Balanchine was its greatest poet. Dance over the years has had just about everything tacked onto it in an effort to make it either spectacular, modern, relevant, or accessible. It has been presented among opulent sets, elaborate stories, extravagant costumes, acrobatic tricks, fashionable trends in art, or especially in our own time, video installations, dramatic lighting, imposed concepts, and political messages. But Balanchine pared the art down to just the dancing, and everything is there, within the dance itself. With just the dancer and the music, he said more than had ever been said before. The female solo is especially poignant because she is alone onstage, and on pointe.

What attracted you to your new venue, the Gensler building downtown?
LJ: Well, first off, it’s a really stunning location. There are two stories of pure glass behind the dancers overlooking downtown. But it works well on other levels, too. Gensler is a place dedicated to design, and in my talks I speak of ballet in terms of fundamental, universal design principles. They are the same basic principles one encounters in architecture, painting, musical composition, or any other kind of design. This is an important point to stress, so that people understand they probably already have some knowledge that is applicable to ballet—it is part of the world they know and deal with every day. The DANCE+DESIGN talks are a more intimate experience than our larger summer performances, and Gensler’s space works very nicely for that.

What do you enjoy about an environment that has no stage?
LJ: To me, Balanchine was responsible for a fundamental evolution in ballet. He took it from a theatrical art to a musical one. He took it from an art of illusion to an art of composition. This is revolutionary because it sets you up more fully to experience the art itself. In his mode it wasn’t magic happening onstage; it was human greatness.

To me, removing the proscenium and the heavy red curtain signals that change to the audience. When an orchestra comes onstage for a musical performance, we don’t prepare ourselves for a suspension of disbelief; we just focus in and hope to be moved. That’s not to say the proscenium inherently means illusion, or that ACB wouldn’t perform in a theater, but doing without one sets a different tone.

The post-performance receptions you’ve had let audience members mingle and talk with you. Have you received any requests that have sparked an idea you’d explore in a future show?
LJ: The most consistent response we’ve gotten is that people are hugely appreciative of the talks. I think everyone has an inherent desire to understand the world around them, and when you give people a way into something they previously didn’t understand, they get so excited. I’m no different. I entered into the world of classical music and dance late in life, so I remember learning these things for the first time and feeling my universe expand in ways that I didn’t know were possible. A large part of our audience was totally new to the art when they first came to our shows.

The number one specific question I get, though, is “How do you write down the ballets?” People never seem totally satisfied with the answer, though—that I don’t. I make a few notations in the musical score, hold some of it in my head or give the dancers the steps, and they remember them. People are often amazed that Beethoven could compose after he went deaf, but as a musician or choreographer, the language becomes so much a part of your world that you can “think” in it. It’s no more difficult to remember a variation than to remember a story.