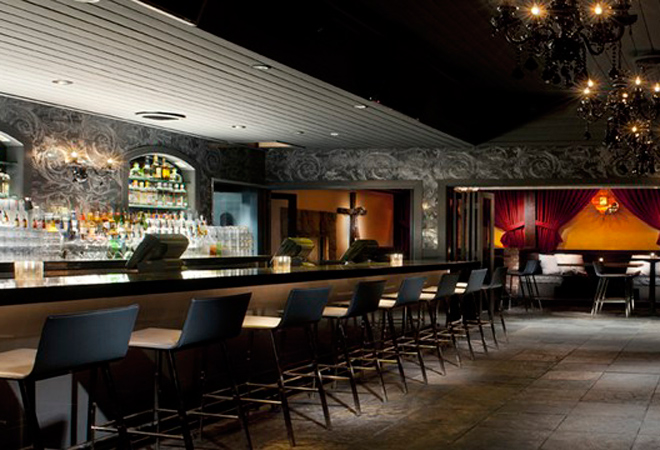 As of today, anti-gay politicians are no longer welcome at The Abbey. We weren’t expecting to see Kansas Representative Charles Macheers or Arizona Senator Steve Yarbourgh shimmying up to a shirtless hunk in the West Hollywood bar but just in case they were hoping to try, they’d likely find their name on the “deny entry list.”

After banning bachelorettes in 2012 during the fight to legalize gay marriage, the Abbey is taking a stand against several recent pieces of legislation that allow businesses to use their religious beliefs to discriminate against same sex couples. And this time, the Abbey has zeroed in on specific politicians. Complete with a security list featuring actual headshots, the venerated joint will no longer allow any politician who supported Kansas House Bill 2453, Arizona Senate Bill 1062, Idaho House Bill 426, Ohio House Bill 82 or any similar legislation that discriminates against gays and lesbians to pass through its doors.

The ban is the brainchild of Abbey owner David Cooley who says, per the press release, “I want to send a message to all those people out there who conflate Christian values with discrimination: We don’t want your kind here.”

The Abbey is influential locally but the real impact of this ban may be national if it inspires bars, stores, and businesses in battleground states to adopt similar bans.