Home Uncategorized The 5 Types Of Angelenos, According to Amazon’s TV Pilots 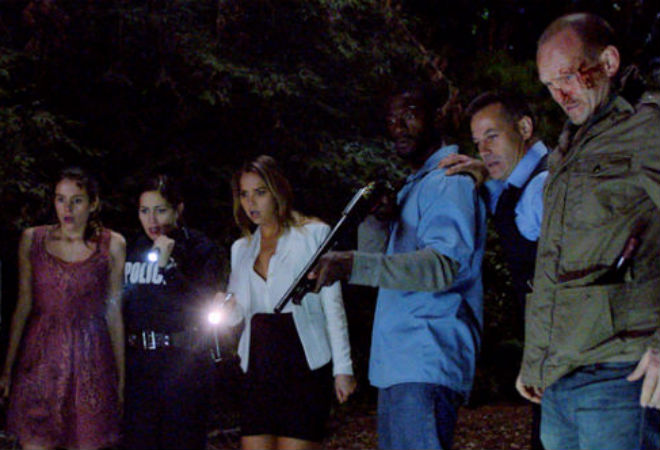 Last fall, Amazon commissioned 10 television pilots. The idea was to pull a proverbial Netflix and launch the next hit show (think: House of Cards or Orange Is the New Black). After debuting all of the pilots in February, Amazon let viewers vote for their favorites to help determine which shows went into production. The results are in, and four shows have been greenlit for a first season; three of them are set in Los Angeles.

Bosch is a modern detective thriller that recalls Raymond Chandler’s hardboiled, whiskey-soaked L.A. The After pits eight strangers against a mysterious apocalyptic event (not exactly the first time L.A. has been torn to shreds on the big screen), and Transparent presents a Westside family drama, in which a father reveals a life changing secret to his three spoiled adult children. So, what do Bosch, based on the popular crime novels by Michael Connelly, The After, created by X-Files mastermind Chris Carter, and Transparent—by Jill Soloway, who wrote for Six Feet Under and executive produced United States of Tara—say about L.A.?

Harry Bosch (Harry Bosch)
Stereotype: The Private Dick
Hieronymous “Harry” Bosch is the quintessential L.A. detective. He hates red tape, nosey superiors, and muckraking journalists. Stick him in a trench coat and arm him with a glass of whiskey and a snub-nosed .38, and he might as well be Philip Marlowe. We love the L.A. noir of yore and nobody does a detective procedural better than Michael Connelly, but it would be cool to see a detective who’s emotional range extends beyond brooding and wary.

Ali (Transparent)
Type: The Trust Fund Bohemian
Played by Gaby Hoffman—who played Adam’s spaced-out sister on this season of Girls—Ali is the youngest of three privileged Westside siblings. In a trio that includes an aging hipster lech and a supermom on the brink of a midlife crisis, she’s by far the most self-obsessed. If the real Alis of L.A. aren’t hiking in Griffith Park or Runyon Canyon, they’re “working” on screenplays at the Bourgeois Pig in Franklin Village. Don’t be fooled by all the open laptops; the best things these people generate are 140-character missives.

Gigi (The After)
Type: The European Ingenue
If this show is to be believed, all Europeans are insanely wealthy or “struggling actress” is now a subsidized career in the EU. How else to explain the posh lifestyle of Gigi, The After’s aspiring French actress? Her American counterpart would be working eight part-time jobs and queuing up at Central Casting in her free time, but Gigi starts her day in an upscale condo and drives a luxury car to auditions. Were she a real person, she’d be the type of no-name actress who somehow manages to dine at The Ivy and find time to berate the baristas at Urth Caffé when the line is a mile long.

Josh (Transparent)
Type: The Modern Creative
With a non-sequitur sex scene, Transparent tries to present Josh, the middle child and only son, as a man of hidden depth despite the predictably shallow trappings of his well-curated life. Ensconced in his all-white iOffice, the music industry rep accessorizes with a Manic Pixie Dream Girlfriend and a caustic sense of humor that keeps the party going and his emotions at bay. He’s the prototypical yuppie wrapped up in a millennial beard.

Frances (The After)
Stereotype: The Bel Air Dowager
As played by Sharon Lawrence, Frances is a collection of tics and clichés. Trapped in an elevator, she suffers a hypoglycemic episode and demands the sort of care to which she is accustomed. Nominally tolerant but ridiculously pampered, she refers to the show’s only African-American character (so far) as “that Black man.” People like Frances do exist, but it’s difficult imagining that any of them are as one-dimensional as this character.