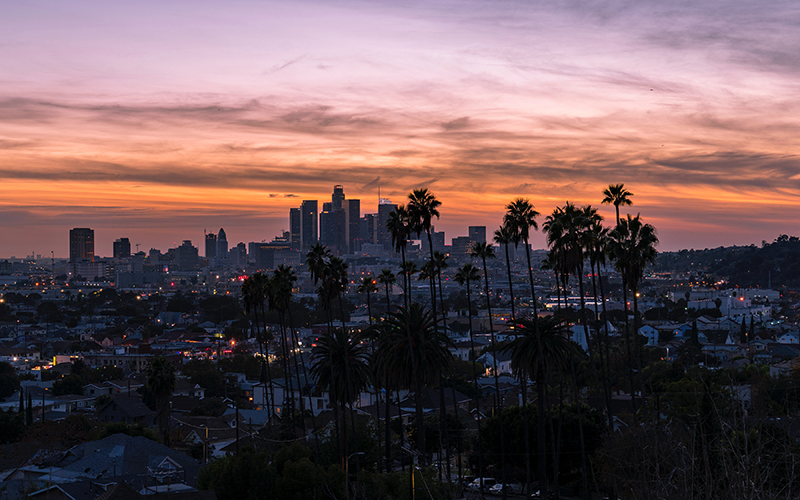 About 50 works from Eli and Edythe’s blue-chip collection are on display in this exhibition at the Broad, which focuses on the passage of time. Some pieces, like Ed Ruscha’s Azteca/Azteca in Decline, will be coming out of the massive vault for the first time; others, like Icelandic artist Ragnar Kjartansson’s 64-minute video installation, The Visitors (above), make their triumphant return to the first-floor galleries.

The NY-based smorgasbord of sweets returns to L.A. for year number two, and no one’s mad about it. Stop by the Cooper Design Space downtown to gorge yourself on all things sugary without anyone judging you for it, including macarons from Honey & Butter, s’mores bites from Gotta Have S’more, coconut shell sundaes from Helados Pops, cookies stuffed with caramel, waffles topped with Oreo cheesecake, cheese boba tea, and so much more. Don’t forget to Instagram it all in a garden built especially for the occasion, because if you eat dessert and don’t post about it on social media, did you even eat dessert at all?

The free event is back for its 14th season. Head to Grand Park on Friday evenings now through September 7 for dance lessons, DJ sets, and more. This weekend’s iteration will tug at the heartstrings of all those Texas transplants out there: Stop by anytime between 7 p.m. and 11 p.m. for line dancing and two-step. There will be some beginner-level instruction, so even if you’re no pro, you should still be able to swing your partner by the end of the night. Pack a picnic or purchase some eats onsite, but as a heads up, there’s no outside alcohol allowed.

Watch the World Cup at the Hammer
July 6 and 7

You can catch matches all over town, but hit up the Westwood museum for a side of culture with your sports. Watch the game between Belgium and Brazil at 11 a.m. on Friday as well as the game between Russia and Croatia at 11 a.m. on Saturday. Celebrate a win or distract yourself from a loss after the fact by perusing the Hammer’s fabulous Made in L.A. biennial exhibition.

Beyond the Streets
Through August 26

Graffiti historian Roger Gastman—who helped orchestrate MOCA’s record-setting Art in the Streets show in 2011—takes over a 40,000-square-foot warehouse on the edge of Chinatown for a totally bonkers street art experience. See works from more than 100 artists, including marquee names like Jean-Michel Basquiat and Jenny Holzer, plus live performances and lectures. If you’re into skateboarding or the history of L.A. skate culture, be sure to check out the elaborate recreation of the iconic Venice Pavillon which adidas Skateboarding has installed on the back patio (and yes, it’s an actual skate park, so feel free to bring your board). The whole thing was supposed to wrap up on July 6, but due to overwhelming popularity, it’s been extended until August 26. Get in while you can.