Home Uncategorized The 16 Best Things to Do in L.A. This Weekend: Movie Posters,... 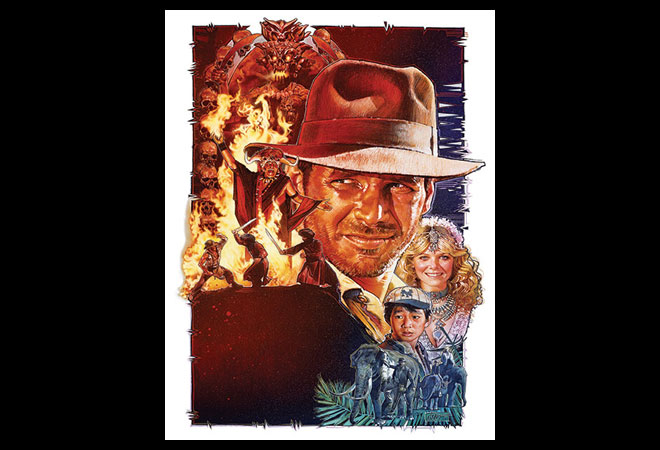 From the songs of a British teen prodigy and a fantastic exhibition of movie posters to a secret masquerade and a jazzy Duke Ellington opera, it’s a big weekend—especially for intriguing museum exhibitions.

HEAR: Jake Bugg
If his eponymous debut album was any indication, we have a lot to look forward to from this 19-year-old Brit. His music is a refreshing mix of retro folk, country, and contemporary rock with soaring melodies. “Lightning Bolt” and “Two Fingers” received tons of airplay here in the states and the album earned a nomination for the prestigious Mercury Prize. His second album, Shangri La, produced by Rick Rubin right here in Los Angeles, came out this fall. More information (January 24; The Wiltern)

HEAR: Trombone Shorty
His real name is Troy, but everyone calls this 27-year old member of New Orleans’ musical Andrews family Trombone Shorty. It’s the instrument he’s been playing since age 6, when it was taller than he was. Andrews’s talent isn’t limited to the trombone; he sings and plays a bevy of instruments. His charismatic shows mix old school jazz, funk, and soul with modern rap and hip-hop for an entertaining ride. His latest album, Say That to Say This, came out in September. More information (January 24-25; Henry Fonda Theatre, The El Rey Theatre)

SEE: Freaks and Geeks: A Series Retrospective
Though it aired for only one season, the cult TV show, overseen by the now-ubiquitous Paul Feig and Judd Apatow, launched the careers of James Franco, Seth Rogen, and Linda Cardellini. Over four Sundays USC’s film school screens all 18 episodes, followed by panel discussions with the cast and crew. More information (January 26; Eileen Norris Cinema Theatre at USC)

SEE: Queenie Pie
Long before R. Kelly’s hip-hopera Trapped in the Closet, there was Duke Ellington’s jazzy account of life above 110th Street in the 1920s. The rarely staged opera was inspired by the story of Madame C.J. Walker, whose hair elixir made her the first African American female millionaire. More information (January 26 – February 2; Warner Grand Theatre)

SEE: Internet Cat Video Film Festival
Whether it’s Grumpy Cat, Henri Le Chat Noir or one of the internet’s other top felines, this mini film fest is devoted to the most memorable and memworthy cats on the web. More information (January 25; The Echoplex)

HEAR: The Bangles
Walk like an Egyptian to the Sunset Strip music joint that’s celebrating its 50th anniversary with a month of throwback concerts. Tonight it’s the girl pop trio that powered their way through the 1980s. More information (January 26; Whisky a Go Go)

EAT: Farmshop Turns Two
Farmshop, the Santa Monica hub for all things artisanal and organic, celebrates its second anniversary by inviting a bunch of purveyors from around the country to peddle their wares. Look for McConnell’s ice cream out of Santa Barbara and Ritual Chocolate from Denver. More information (January 26; Farmshop, Santa Monica)

SEE: Tea & Morphine: Women In Paris, 1880 to 1914
Using works from the Elisabeth Dean Collection & the UCLA Grunwald Center for the Graphic Arts this exhibition examines fin-de-siècle representations of women, in a time of great social change and artistic exploration. More information (January 26; The Hammer Museum)

SEE: Museums Free For All
Visit your favorite museum free of charge as L.A. art institutions, big and small, open their doors to the public. More information (January 25; various locations)

LEARN: Medicinal Plants of the Los Angeles Basin
Our local hills, and our native gardens offer an assortment of plants that have value for their medicinal properties and material uses. Nicholas Hummingbird Hernandez will help you to identify native plants commonly found in the Los Angeles Basin that can be harvested and put to use in your daily life. More information (January 25; Grow Native Nursery in the Veterans Garden)