Home Uncategorized The 15 Best Things to Do this Weekend: Heavy Metal, Flower Petals,... 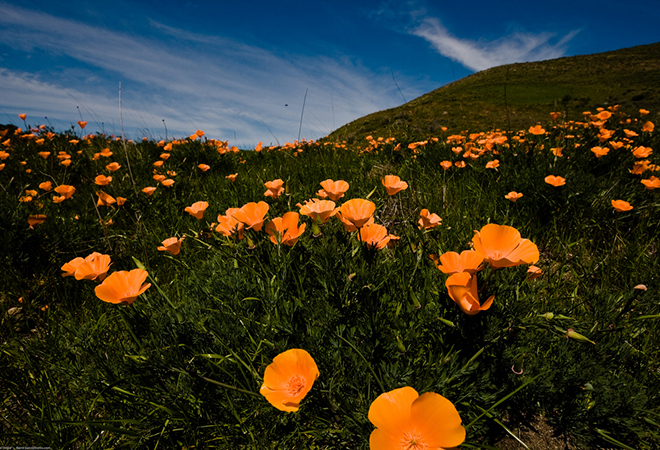 Would you rather hear a passel of psychedelic rock bands or a former French first lady strum love songs? Eat hyperlocal jams or frolic in the poppies? Watch a movie about a penis museum or roll on shabbos with the Jeff Lebowski? Take your pick. This weekend is full of options.

SEE: The Final Member
Iceland has a penis museum—yes, you read that right—and the traveling version has invaded L.A. Scientists who study phallology will show off preserved historical artifacts of the human and animal varieties. There will also be screenings of  The Final Member, a documentary about the museum. More information (April 25-27; Cinefamily)

SEE: Man in a Case
Mikhail Baryshnikov (read our Q&A with him here) stars in two adaptations of Chekhov’s short stories. Video projections enhance the dance performances, which reveal that no matter the decade, love is complicated. More information (April 24-May 10; Broad Stage)

SEE: Photo Independent
Independent photographers claim a spot on this highly visible stage as they showcase their work. This first-time event aims to create a brand new dialogue and outlook on photography in L.A. (Check out our photo editor’s must-see picks.) More information (April 25-27; Raleigh Studios)

SEE: Lebowski Fest Los Angeles
This year’s tribute to the Coen brothers’ brilliant 1998 film features a performance by the Kyle Gass Band, appearances by minor actors from the movie, and a bowling party. More information (April 25-26; The Wiltern)

BUY: Incognito
One of the town’s best fund-raisers, this is a blind art sale in which works from the likes of Ed Ruscha are mixed in with those by lesser-known artists. All the pieces are going for the same price; the artist’s identity isn’t revealed until after you’ve purchased it. Big spenders can attend a gala dinner and preview on April 23. More information (April 26; Santa Monica Museum of Art)

SEE: Brewery Artwalk
Over 140 artists will open their studios to the public, but this isn’t your average artwalk. In additional to paintings and sculptures, many of the artists will showcase works in the areas of 3D printing, light sculpture, high tech furniture design, and other futuristic art mediums. More information (April 26-27; Brewery Arts Complex)

HEAR: Cheyenne Jackson: Music of the Mad Men Era
The drama’s fashions have been endlessly emulated, but Glee and 30 Rock actor Jackson is more keen on the music. His lounge and bossa nova numbers garnish that martini. More information (April 26; Disney Hall)

SEE: Palm Springs Follies
With a cast of stars perfectly aged 55 to 84, this Broadway-caliber show proves age does not matter when talent is high. 2014 will be the final year for the show’s “Long Legged Lovelies” and “Follies Gentlemen” to strut their stuff in a celebration of music, dance, comedy, and everything in between. More information (April 24-May 18; Plaza Theater)