Home Books The 10 Commandments of Writing About L.A. 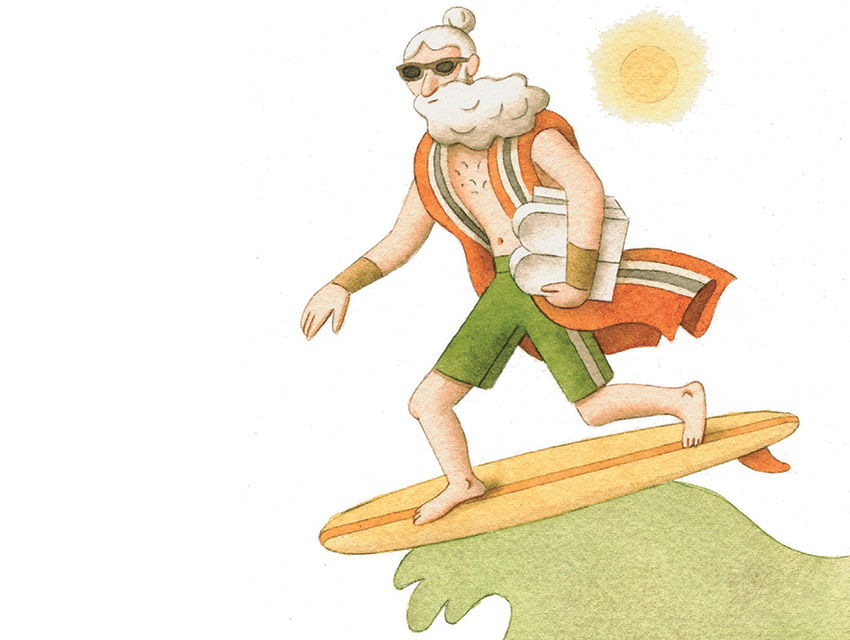 THOU SHALT HAVE NO OTHER CITY BEFORE LOS ANGELES
» This city attracts romantics. It stimulates our dreams—the vividness of weather, light, scent, and texture. You observe what you love, and you observe it very closely: If you’re in love with someone, you talk about their eyelashes and their pores and the way they breathe. Loving a place comes out on the page. How much you’re engaged is reflected in how detailed your observation is. So write an L.A. that we don’t know but that you do, an L.A. that we needed the mirror of your work to see. Tell us something that gives us new eyes and adds another layer to the Los Angeles that is still becoming. —Janet Fitch, a third-generation Angeleno, is the author of the novels White Oleander and Paint It Black.

THOU SHALT NOT TAKE THE NAME OF THY CITY IN VAIN
» When I graduated from college in Illinois, I was either going to move to New York or Los Angeles. My dad was quick to offer an opinion. The frontier spirit survives in Los Angeles, he said; you can still move here without money or a storied family name and come from nowhere and truly make something of yourself, free of qualification, because comparatively it’s still all new money out here. I’ve done my best to prove him right, and I’ve known many who do. This is where the world’s brawn and brains drain to: El Pueblo de Nuestra Señora la Reina de los Ángeles del Río de Porciúncula. No matter what field you’re in or what your fate may be, it means something to have taken a chance at the end of the continent. —J. Ryan Stradal is the author of the novel Kitchens of the Great Midwest, which was published in July. He lives in L.A.

REMEMBER THE VIEW, AND KEEP IT HOLY
» There’s a trail in Griffith Park that I have returned to again and again. For the last year I’ve been taking it three times a week. I live in West Adams, so it’s kind of a drive to get over there. But I make sure it happens because this is the place where I think about the things I’m writing or trying to write. It’s not therapy, but things are getting worked out in my head. On the days I have extra time, I go all the way to the highest point, where you can see the Valley—where I grew up—on the other side. It’s a perspective thing. Like I can see how I’ve changed as I hike. It makes me feel wiser. —Wendy C. Ortiz is the author of two memoirs, Hollywood Notebook and Excavation. She grew up in North Hollywood.

HONOR THY PAST (AND DOST NOT ROMANTICIZE IT)
» I am the grandson of Mexican immigrants, born in Temple Community Hospital on Hoover a year after the Dodgers left Brooklyn. I spent the first few years of my life three miles from that hospital in a little blue house on Dewey. Months before JFK’s assassination, we moved a half mile west to a gray wood-framed house on Ardmore that I called home until I married and moved to the San Fernando Valley to start a family. But I commute each morning to my job downtown on Spring, about four miles from Temple hospital, now shuttered. Our grown son rents an apartment in Koreatown in the shadow of the blue-green, terra-cotta-tiled Wiltern theater on Wilshire, where I enjoyed double features as a child. Los Angeles is in my bones; its streets course through my stories. I keep nostalgia at bay: My L.A. roadways are gritty and crowded, no room for celluloid dreams. —Daniel A. Olivas is the author of seven books, including the novel The Book of Want.

THOU SHALT KILL (WHEN NECESSARY)
» When writing characters, try not to set out with a stable, monolithic understanding of how a person is because that will really hem you in. If you think of Los Angeles in a similar way—as being sort of a fluid character that you don’t quite understand but are trying to understand through writing—you will be able to capture complexity that you couldn’t otherwise. Also, I always say that I couldn’t have destroyed a city that I didn’t deeply love. When I had to close Canter’s down in my novel because it went out of business, finally, I was really sad about it. I actually felt grief. L.A. is my favorite place. —Edan Lepucki wrote the 2014 novel California, which imagines a ruined L.A. She is working on her second book, which is set in and around Sunset Plaza. THOU SHALT NOT MAKE EXCUSES
» Everything is difficult, and everything is easy. If you do the prep work properly, the writing flows. But writing is a job. And introspection can be a good excuse not to work. I feel that introspection is the enemy of any sort of creativity, so I try to avoid it, which may sound strange coming from a psychologist. —Jonathan Kellerman has written numerous suspense novels, many set in L.A. His latest is The Golem of Paris, which he cowrote with his eldest son, Jesse.

THOU SHALT NOT STEAL THE LIGHT
» Whenever I set out to tell an L.A. story, my first impulse is to go straight for the underbelly—to document excess or desolation, to bear witness to ugly contradictions and spiritual voids and gross inequalities—a tendency born, I think, from all the great L.A. narratives that have plumbed its darkness, among them The Day of the Locust and Play It As It Lays and Mulholland Dr. Yet while L.A. can be a place of terrible darkness, I try to remain alert to what is wonderful about this city, “wonderful” in the sense of extremely good and also in the sense of provoking wonder. The old saw about the specialness of the light here keeps coming to mind: As important as shadows are to stories of L.A., so is its light. —Sarah Shun-Lien Bynum is the author of the novels Ms. Hempel Chronicles and Madeleine Is Sleeping. She teaches writing at Otis College of Art and Design.

THOU SHALT BEAR WITNESS TO THY NEIGHBOR
» They say all politics is local. Maybe all writing is local, too. I wanted to write about the people I saw every day who were not being represented in fiction. I grew up in a neighborhood that was largely Latino, Vietnamese, and Filipino in addition to white. The typical representation of L.A. was very white, very media driven, very wealthy. And there’s nothing wrong with that—I love Bret Easton Ellis as much as the next guy. But I wanted to see the L.A. that I knew: a multicultural, multigenerational stew of people all pursuing their own specific California dream. So how did I write my L.A.? Pretty easy. I wrote about the L.A. that wasn’t already on the page. —Brando Skyhorse is the author of the novel The Madonnas of Echo Park and the memoir Take This Man.

THOU SHALT NOT COVET NEW YORK CITY
» L.A. is a city of space, both literal and figurative. The space to try things and the permission to fail. It is a city in love with no canon, a city that treats all dreams equally. The cheapest insult lobbed at this city is that L.A. has no culture. But I actually think there is freedom in being “known for nothing.” There are lovely cities to our east that, had I moved there straight out of college, would have stifled me as a young writer trying to find her voice. There are cities that take pride in their heady definitions of what constitutes art, their rules of engagement, the dues that must be paid before a single word is written, before a single brushstroke lands. But Los Angeles never asked that I pass a test or choose a preapproved path before becoming an artist. No, L.A. heard my dreams and said, Sure, why the hell not? —Attica Locke is a novelist (Pleasantville, The Cutting Season, Black Water Rising) and a writer and producer for the Fox series Empire.

THOU SHALT NOT COVET THY NEIGHBOR’S PROSE
» We who grew up elsewhere first came to Southern California through the words of others before we ever stepped on that plane. Tupperware parties with Oedipa, crowd surfing outside Kahn’s, snouting the Yorkie that Maria didn’t carry in Beverly Hills. The words of the masters—Santa Anas, I call them—can paralyze even as they inspire. For a writer in (and of) Los Angeles, it’s all about the courage to invent Los Angeles anew, even when (especially when) it’s far more tempting to stay at Victor’s bar and drink that second gimlet.* —Howard Rodman, a screenwriter and novelist, is president of the Writers Guild of America, West. *Rodman’s references, in order of appearance: The Crying of Lot 49, The Day of the Locust, Play It As It Lays, Red Wind, and The Long Goodbye.

L.A.’s Top Literary Events in May