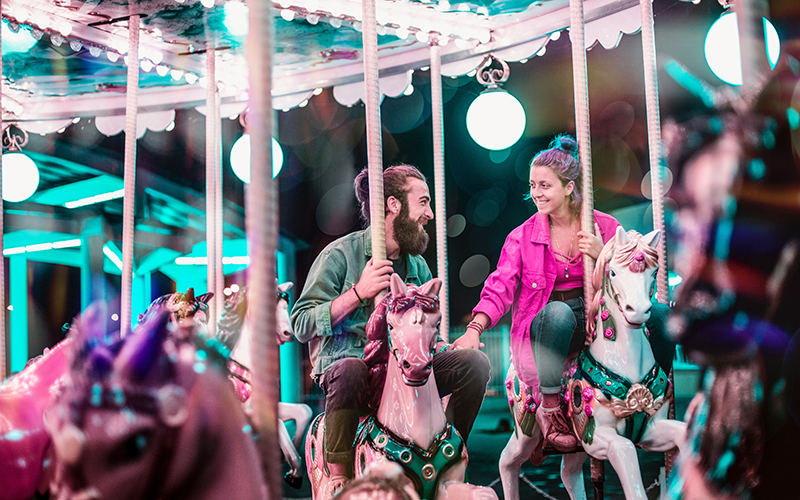 Ain’t Too Proud
Through September 30

If Jersey Boys was your jam, chances are you’ll get behind this musical about the Temptations at the Ahmanson. The legendary group’s story is told through some of its most recognizable hits, from “My Girl” and “If You Don’t Know Me by Now” to— yes—“Ain’t Too Proud to Beg.” After its L.A. run, the show is of to Broadway.

More than a million people roll through this 19-day celebration of gut-churning rides, midway games, and all things fried. The theme this year is Route 66, so expect tributes to Main Street America with classic cars and candy shops.

Jason Alexander, the man best known as Seinfeld’s George Costanza, returns to his theater roots as the director of Karen Zacarías’s new comedy at the Pasadena Playhouse. Sexism, racism, and privilege come to the fore when two sets of neighbors clash over planting flower beds.

The era of remarkable television marches on, and the Paley Center for Media is here to document it all. Show up at its Beverly Hills digs for premiere screenings of shows from Netflix, the CW, Fox, and all the other usual suspects, as well as panels with the stars from BoJack Horseman; I Love You, America; and others.

It’s no Acropolis, but the amphitheater at the Getty Villa is about as close as you’ll get without splurging on a plane ticket to Athens. Settle into that seat cushion for a performance of Euripides’ tale about Dionysus, the Greek god of wine; go on a Thursday to experience the museum’s Nectar of the Gods sunset-dining situation, which includes pre-show hors d’oeuvres, wine, and beer.

You’ve got four hours to scarf in the name of a good cause at this fundraiser for the fight against childhood cancer at UCLA’s Royce Quad. Chefs, bartenders, and vintners abound, so save room—a tall order with pros like Zach Pollack (Cosa Buona) and Nancy Silverton (Mozza) on the bill.

https://www.instagram.com/p/Bl8nwRznKKU/?taken-by=theicala
To celebrate its one-year anniversary in DTLA, the Institute of Contemporary Art (née the Santa Monica Museum of Art) is hosting this popular benefit art sale that’s all about trusting your instincts. More than 400 works by established and emerging artists are up for grabs, each priced at $500 flat. The catch: The artist’s identity is kept secret until the piece is purchased.

Scratch your itch to be on the Amazing Race with this app-based challenge. The scavenger hunt starts at L.A. State Historic Park.

Gather in Grand Park for an outdoor movie and and music night presented by Outfest. The program includes a DJ set by Bianca Oblivion, followed by a screening of Outfest Fusion Festival shorts, and then the feature-length documentary When the Beat Drops. The doc, which won the Grand Jury Prize at this spring’s Outfest, explores the dance tradition of “bucking,” and the queer dancers of color in Atlanta who have made it iconic.