Home Uncategorized That’s What She Said: “Aroused” Heats Up Screens 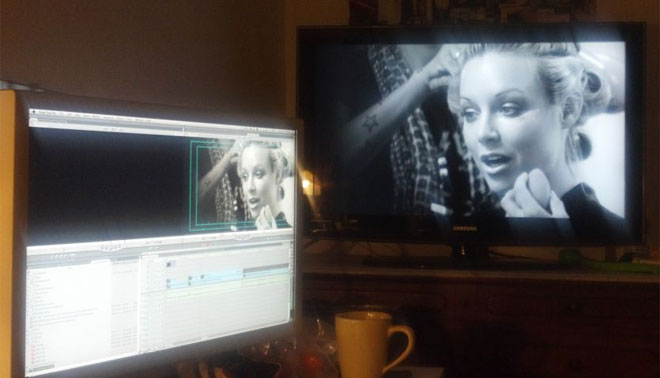 Shot in black and white (you know, to keep it classy), the 73-minute movie consists mostly of sedate interviews in which adult movie stars like Allie Haze, Kayden Kross, and Misty Stone talk about why they do what they do: they like it, they’re preternaturally unembarrassed, they didn’t have anyone to stop them.

Out in the world, these avatars of abundant sexuality are idolized and reviled in equal measure; this film does neither.

Directed by Deborah Anderson, a celeb photographer who’s best known for the photo book Room 23, the film looks more like a high-end perfume commercial than a documentary, especially when it culminates with a nude photo shoot. (Anderson is also releasing a fine art photo book to go along with the movie.) The women seamlessly shed their “unadorned” personae to become the sexualized creatures both their fans and detractors expect. Maybe we all play multiple roles in our lives. Maybe there’s no difference between the personal self and the public one. Maybe the notion of an authentic self (or at least an unseen one) is as archaic as a rotary phone. But nowhere are these divides more fractious or more intriguing than in the world of porn.

Aroused opens today at the Chinese 6 Theatres in Hollywood and will play for a week.

*The problem with writing about sex, as one of our editors pointed out, is that everything sounds like innuendo even when you don’t want it to.