Home Uncategorized That Was It 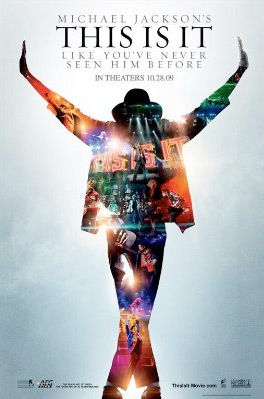 Outside of staying up late to watch Thriller premiere on MTV, I was never a rabid fan of Michael Jackson. So, I suppose like many of the thousands attending This Is It at the Chinese on Tuesday, I was curious to see what he was working on at the time of his death  this summer. The film follows the creation of the larger-than-life concert tour set to debut in London eight days after his demise. Using documentary footage shot for Jackson’s personal library, the movie is filled with backstage video of tearful backup dancer tryouts, the elaborate stage rigging and special effects, and interviews with collaborators like costume designer Zaldy (“I’m collaborating with scientists and Swarovski”), which brings to mind the vast armies of beaders, sequiners, and funk guitarists put out of work in a post-MJ world.

The runlist was heavy on greatest hits-style numbers and, as Jackson intended, Beat It, Billie Jean, and Smooth Criminal sound exactly like you remember them. A young couple in the next row even started doing the Thriller dance in their seats.  But for all of director Kenny Ortega’s pyrotechnics, giant robots, and spider cars, it was the moments when Jackson took to the dark, silent stage at Staples Center alone and performed acapella that captured his magic. It’s probably also why the audience gave three ovations during the credits.