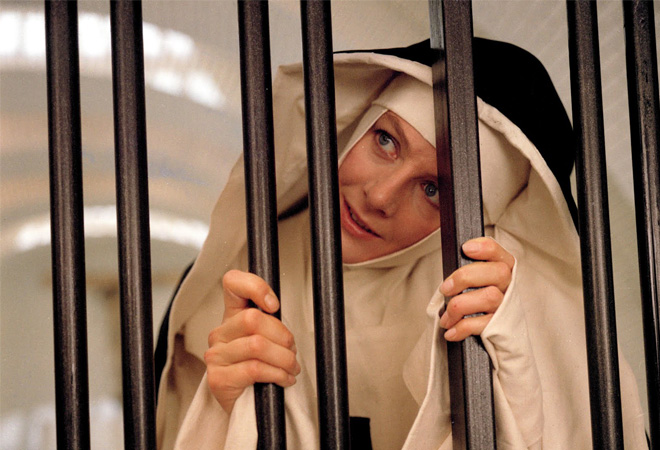 Opening This Week: The Purge: Anarchy and Sex Tape. If you want to see some edgy films that have stood the test of time, check out these picks.

The Texas Chainsaw Massacre (1974)
A group of people encounter some scary, isolated weirdoes and serious problems occur: The plot is a chestnut that dates back to the days of Gothic literature. In the early ’70s, upstart Texan filmmaker Tobe Hooper turned it into The Texas Chainsaw Massacre, a horror exploitation masterpiece with so much ferocity and outsider artistry that it remains a palpable, unnerving viewing experience 40 years after its release. (Cinefamily and Spectravision will hold a fundraiser event in which Hooper and William Friedkin, director of The Exorcist, will converse on-stage before a screening of the recently restored Texas Chainsaw Massacre.)
When: July 21-23, various showtimes
Where: Cinefamily, 611 N. Fairfax Ave., mid-city (The fundraiser event will be at the Vista Theatre, 4473 Sunset Dr., Los Feliz

The Devils (1971)
Adapted from Aldous Huxley’s novel The Devils of Loudun, this film recounts a 17th century investigation done by the Catholic Church of an alleged possession of a convent of nuns in a French village. Tragically, the inquiry resulted in a full-out, monarch-endorsed witch-hunt. Director Ken Russell, assisted by Derek Jarman’s baroque production design and some stand-out performances from Oliver Reed and Vanessa Redgrave, portrays the events in a theatrical, politicized, and confrontational style that still feels avant-garde. Rarely screened and unavailable on video, this extraordinary film can best be described as A Man For All Seasons on mescaline. (Screening will include a panel discussion on the film’s famous production design.)
When: Sunday, July 20, 5:30 p.m.
Where: Aero Theatre, 1328 Montana Ave., Santa Monica